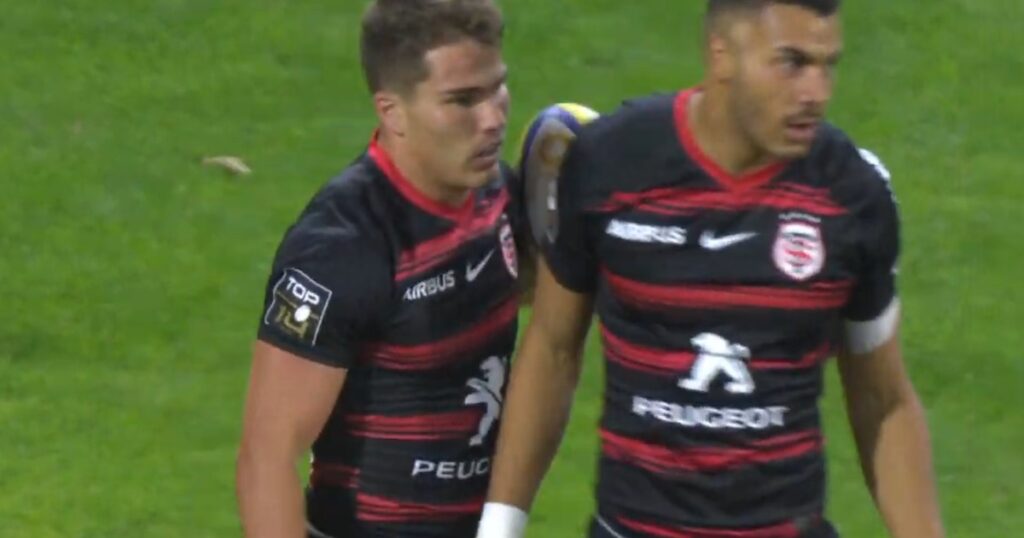 French scrum-half Antoine Dupont marked his competitive return following a knee injury with a brilliant try in Toulouse’s heroic loss to Clermont Auvergne on the opening weekend of the Top 14 season.

Dupont was injured in France’s Six Nations defeat to Scotland back in March, the last major international to be held before the COVID-19 induced suspension of competition.

A catalyst for both club and country, Dupont was again a key factor in his side’s performance last weekend, scoring a wonder try off the back of a superb supporting line.

Toulouse had been on the verge of creating a huge upset with Dupont’s try, having lost both Joe Tekori and Richie Arnold to red cards, Tekori in the first half and Arnold on the 50-minute marker.

Dupont’s effort took the visitors into a scarcely believable 30-26 lead, although Wesley Fofana’s try secured a late win for Clermont.

Crucial to the try being scored were a number of elements, most notably the flick inside from Tomas Ramos, then the quick ball which allowed Dupont to get his backline on the front foot.

And the try was scored with Toulouse having just 13 on the field.

Dupont has become one of the best scrum-halves in the northern hemisphere, and this is down to his work rate off the ball. His supporting run gave Lebel an easy option inside, while Dupont made the most of Lebel continuing his own run and therefore committing the remaining Clermont defender. Dupont’s dummy then made the try a walk in.

Toulouse came up just short of a win, as fly-half Romain Ntamack was held up over the line after time ran out. Clermont held on to claim a narrow 33-30 victory in a topsy-turvy match.