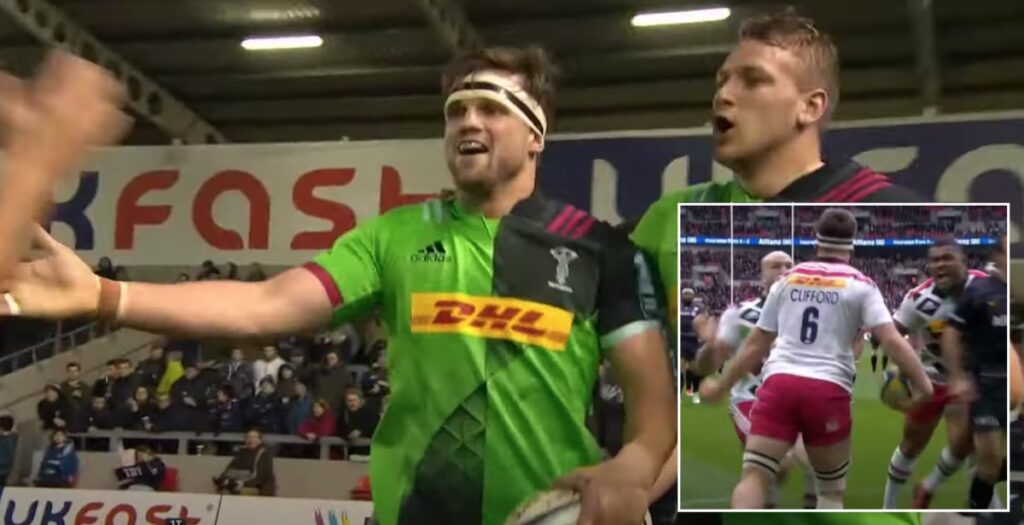 A fantastic montage has been put together in honour of the the career of former England and Harlequins back-rower Jack Clifford.

The five-minute video highlights the raw speed and athleticism of the flanker/number eight who last week was forced to retire through injury at the age of just 27.

Clifford was one of England’s standout performers during the 2013 U20 World Championships making him one of the brightest talents to come through the system.

He earned 10 caps for England under head coach Eddie Jones and also made 100 appearances for Harlequins before his career ended prematurely.

Spoke to Jack Clifford earlier this week. He needed seven operations over his career due to injuries suffered at the breakdown. Not bitter at all, though, and now pumped to find his dream job. A seriously impressive man. https://t.co/mB3Gt394my

Gutted for Jack Clifford. A talented player who could have won many more England caps. All the best for the future.

Sad news about Jack Clifford. I thought he was going to be a massive international star

Jack Clifford joins Tom Rees and Tom Croft, among many others, in the ‘a potentially absolutley phenomenal English flanker but never got a shred of injury luck’ category.

Searingly honest take on early retirement from Jack Clifford. Gutted? Yes. Bitter? No. He discusses pain killers, insurance and how it feels watching his mates on TV. ‘Cut me open and my body is like a Screwfix catalogue. There are that many bolts in me.’ https://t.co/JdRaNehv4K