BEAST: Manu Tuilagi has run over almost everyone in rugby 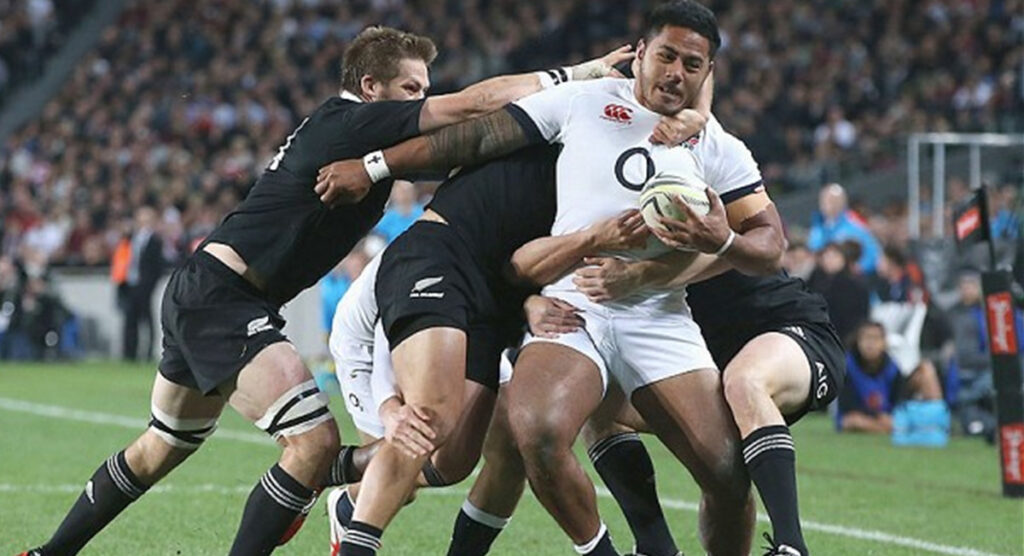 There is no shortage of viral Manu Tuilagi videos floating around. However, the latest one to drop gives a name by name analysis of just who this wrecking ball has left in his wake of destruction. As the video implies, running through opposing players comes as easy as breathing for Manu.

Although plagued by injuries at inopportune times, the centre has had a lengthy career for England, coming back into focus over the last 12 months in particular and proving his fitness well enough at both last year’s World Cup and this year’s Six Nations tournaments.

He’s a viral sensation that demands attention and clearly a show-stopping talent that many continue to appreciate.

Perhaps the only man to haunt Tuilagi’s dreams would be the mild-mannered Ben Smith, who made a sensational cover tackle ever against Tuilagi in 2014.

Sit back and enjoy this definitive list of all the players Tuilagi has dominated at one point or another.