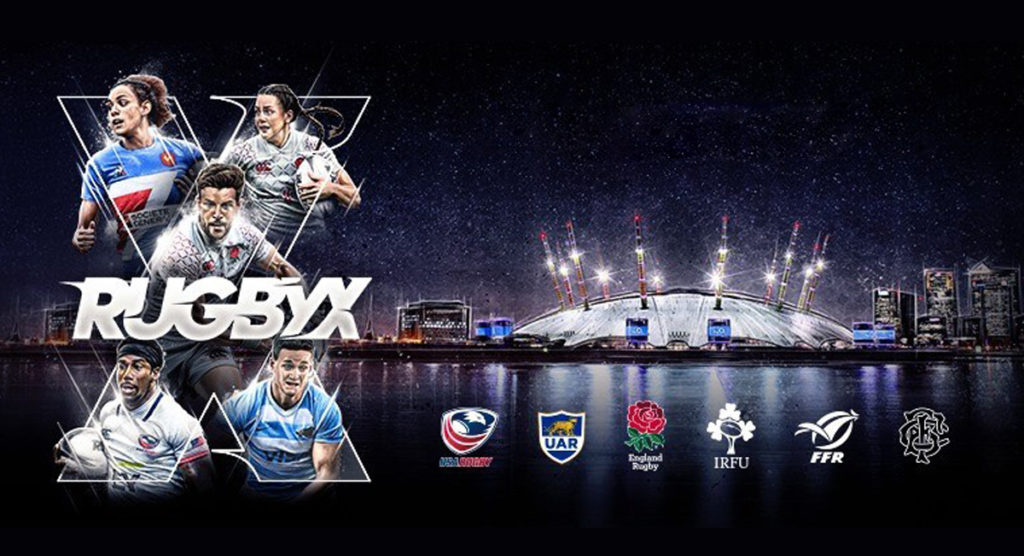 The draw for the first ever RugbyX tournament has taken place, with top teams from around the globe confirmed to take part in this new World Rugby supported form of the game.

The new format competition will take place at The O2 in London on 29 October 2019, with both a men’s and women’s tournament.

RugbyX is 5-v-5 full contact rugby and has been approved by World Rugby’s Executive Committee as a law trial. It will be played on a 55m x 32m artificial grass pitch, installed temporarily inside the O2.

Hosts England have been drawn with Ireland and the Barbarians in Group A, while France, USA and Argentina comprise Group B.

The Group stages and Women’s Semi Finals will take place during the 4pm-6pm afternoon session, with the 8.30pm-10.30pm evening session featuring Men’s Quarter-Finals and Semi-Finals, the Women’s 3rd/4th place match, and Men’s and Women’s Grand Finals.

The core fundamentals of full contact rugby are being retained but variations of certain laws have been approved in order to encourage fast and skilful gameplay in an arena environment. There will be quick-tap restarts on the goal-line and no conversions.

Line-outs will be replaced by a quick throw from the team in possession and matches will last 10 minutes with no half-time.

World Rugby CEO Brett Gosper said: “The sanctioning of RugbyX marks an exciting step on World Rugby’s journey towards making the sport more accessible, providing an important entry point for new audiences to experience the joy, speed and skill of rugby in an indoor arena environment.

“Innovation is crucial to the continuing success of any sport and RugbyX presents a great opportunity to capitalise on increasing global interest in the days immediately preceding the Rugby World Cup final in Japan.”