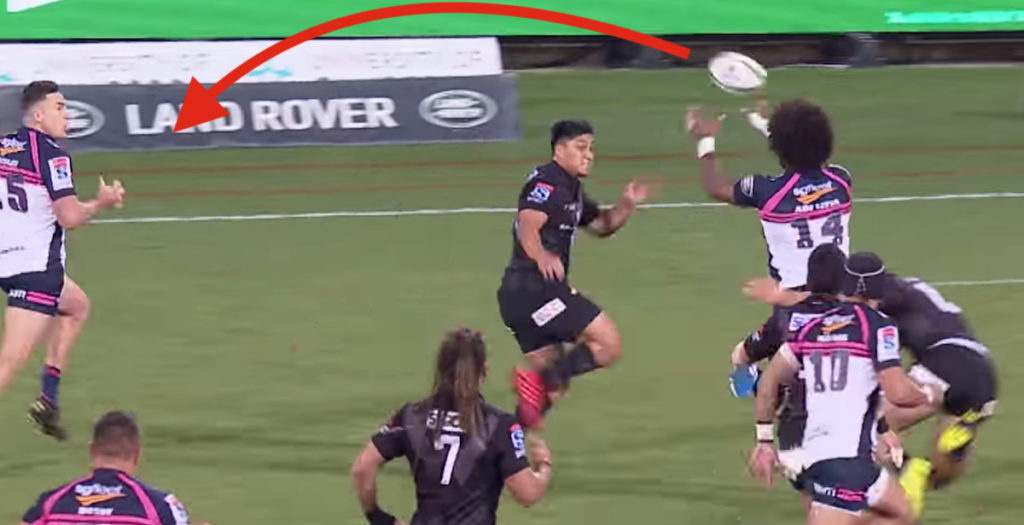 Thomas Banks finished off a superb set piece play by the Brumbies to earn a bonus point win against the Sunwolves in Canberra.

The move was kickstarted by quick ball from the back of a scrum inside Sunwolves territory and the ball was distributed to inside centre Irae Simone at first receiver.

The former Waratah then gave a delayed pass to winger Henry Speight, who made a clean break down the middle of the field and headed for the corner.

Despite being on course for a hat trick, Speight looked early for a pass to Banks who scored the try which helped the Brumbies go top of the Australian conference after round 13.