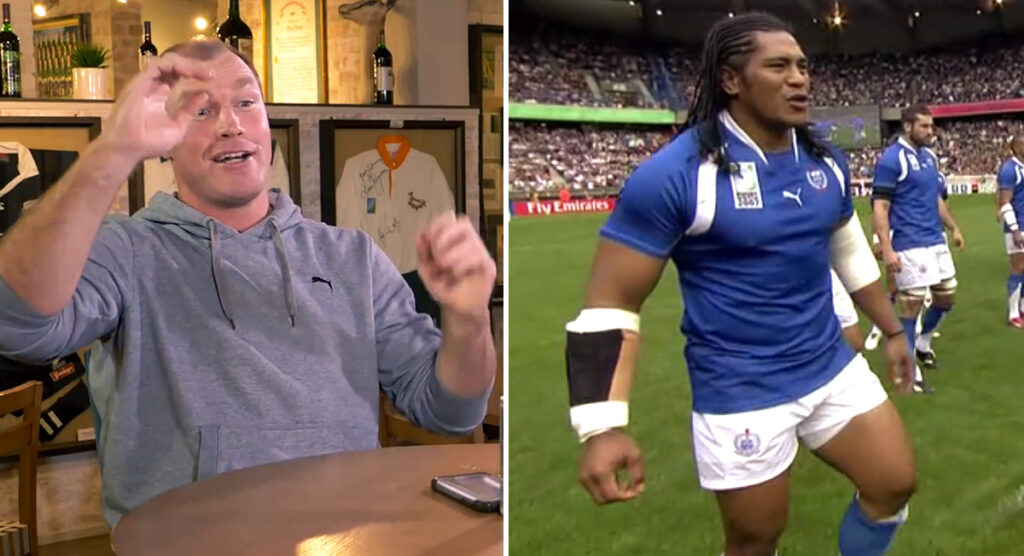 For many neutral rugby fans, one of the stand out highlights from the 2007 Rugby World Cup clash between Samoa and South Africa was the way in which Henry Tuilagi took it to the South African forward pack. In this video below, Schalk Burger describes what it was like to face him.

In a recent episode of the new Use it or Lose it show, RWC 2007 winning flyhalf Butch James appeared and at one point spoke about his quite infamous tackling technique.

He speaks about as a number ten, he eventually had to learn to calm down a bit and channel his energy into marshalling the troops, rather than going out there to try to take someone’s head off.

That led to an amusing chat with Burger, who talked about the time they played Samoa in the group stages, winning 59-7 but facing the full force of the powerful Samoans.

Burger talks about how when they lined up next to them in the tunnel, they mistook ‘smaller’ Alesana for Henry, only to be surprised shortly afterwards.

Just minutes later, the giant number eight was flying into the Bok loose trio, skittling most of them as he charged over the gain line.

It happened numerous times in the clash, and created some amusing anecdotes for the Springboks, who went on to beat England in the final.