Carlin Isles speaks out on fame, finding his feet, and being the fastest 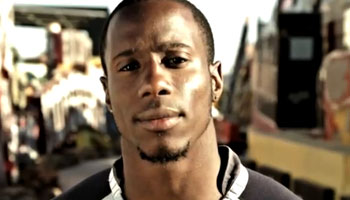 Late last year Carlin Isles broke onto the scene after a video of him scoring some great tries on the Sevens circuit shot to over a million views in a week. Since then, he’s been widely touted as the fastest rugby player on the planet.

It’s a big claim but one that is backed up by his impressive track times and sprinting resume. He’s run against the best of them, but for now at least, those days are behind him.

“Growing up I played American Football, and also ran track and played basketball a little bit, and then I got a schlarship to run track and play football in college,” Isles told the IRB.

Isles has said that he aims to be at the 2015 Olympics whatever happens. If he continues to improve on the rugby field and masters the art of Sevens, he’ll be with the USA Sevens team. If not, he’ll no doubt be aiming to improve on those track times, and line up against the best of them.

Until then, debates will rage on about whether he has what it takes to make it. He’ll be the first to admit that he’s anything but the finished product, but one thing everyone can surely agree on is that his rapid rise to stardom can only be good for the game’s popularity in both the USA, and globally.

This weekend you can keep an eye on the Las Vegas leg of the Sevens World Series, where Isles will play Sevens rugby at the highest level in front of his home crowd for the first time.

Carlin Isles speaks out on fame, finding his feet, and being the fastest | RugbyDump - Rugby News & Videos