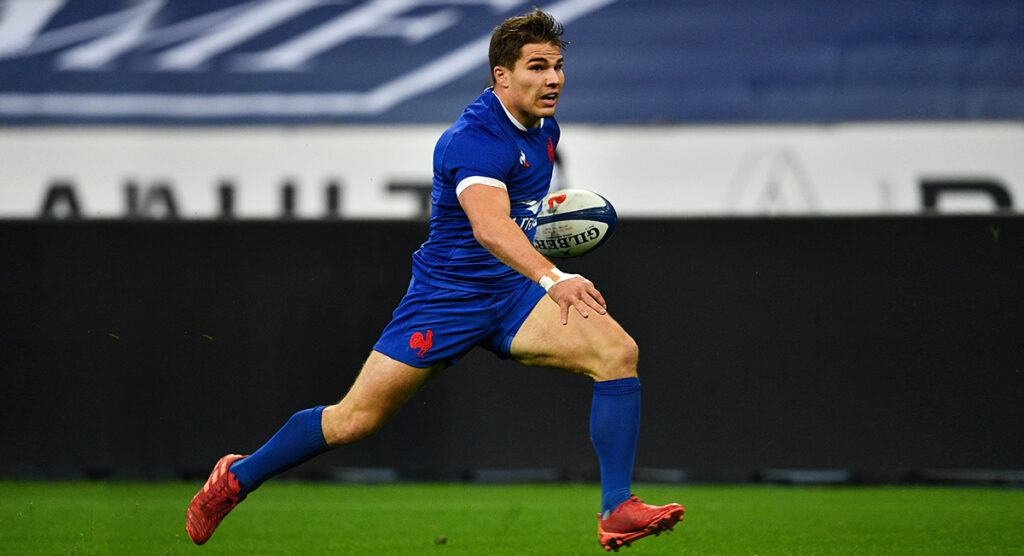 France’s Antoine Dupont has been named as the 2020 Guinness Six Nations Player of the Championship, becoming the first ever Frenchman to be awarded the prestigious award. The scrum-half received 46% of the votes.

The honour has previously been awarded to the likes of Brian O’Driscoll, Stuart Hogg, Andrea Masi and Shane Williams.

Ahead of going to a public vote, a shortlist of six nominees, three French, two English and one Irish, were chosen by an expert panel of distinguished rugby writers, former players and broadcasters from across the six participating countries.

The 23-year-old France scrum-half was a creative hub for his team, a menace with the ball in hand whose athleticism kept defences on the back foot, while also dovetailing effectively with half-back partner Romain Ntamack.

No scrum-half made more than Dupont’s 249 metres with ball in hand, while his 54 kicks for 1,543 metres (both Championship highs) proved there is another facet to his game outside his electric running in the open field. Dupont’s Championship-high 12 offloads showcased his ability to keep the ball alive.

France kickstarted their Guinness Six Nations campaign with a 24-17 win over Rugby World Cup finalists England, before beating Wales 27-23 and Italy 35-22. In France’s last fixture before the coronavirus lockdown, Scotland pulled off an unlikely 28-17 victory to open up the Championship, setting up a fitting ‘Super Saturday’ finale, with France, England and Ireland all in the mix to claim the Championship.