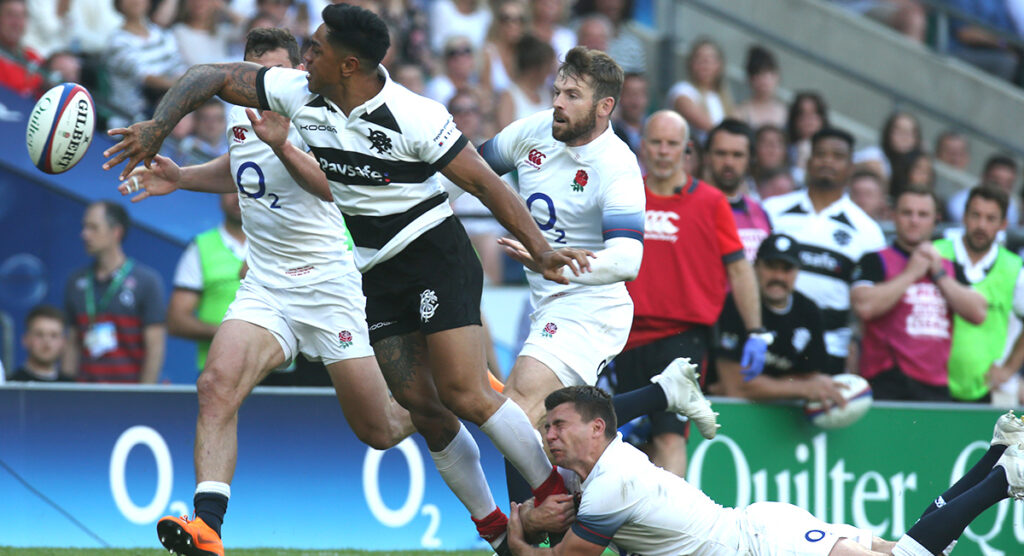 The RFU has confirmed that England will play their rescheduled fixture against the Barbarians on Sunday, 25 October. The match takes place on the weekend before Eddie Jones’ squad will travel to Italy to play their rearranged final game of the Six Nations.

Safety is a top priority as Twickenham will have fans allowed in based on social distancing (subject to change). Subject to obtaining the relevant license and approvals including those from public health authorities, spectator numbers will be up to 20,000; less than 25 per cent of the stadium’s total 82,000 capacity.

Attendees can only buy tickets seated together for people in a single household, including their support bubble; this includes any transferred tickets.

Tickets will initially be available to those with an existing booking from the postponed fixture, followed by a priority booking window for First XV members on 7 September.

RFU CEO Bill Sweeney said: “We continue to work closely with government and the local authority on the return of sports fans to the stadium.  The numbers of fans able to attend, given social distancing requirements, will be significantly lower than normal and subject to final agreement from government.

“Local resident and spectator safety is our top priority and numerous measures are being implemented for the events that either adhere to or exceed the guidance provided by the government and the Sports Ground Safety Authority. A test event will be held to put into practice our operational plans and demonstrate that Twickenham Stadium is well prepared.”

Numerous safety measures will be put in place, including:

The Metropolitan Police is supportive of the plans in place to manage the return of fans to the stadium.

REWATCH THE LAST TIME THE TWO TEAMS PLAYED, IN 2019