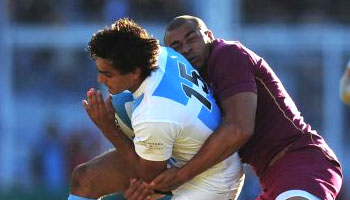 England’s 51-26 second Test win over Argentina sealed a series victory over there for the first time since 1981, when they won with a win and a draw. This 2-0 series win in Buenos Aires came about through seven tries, with England’s young guns firing.

“If you had said to me at the start that we would have won both Tests away from home, I would have been delighted with it,” said coach Stuart Lancaster.

“I recognise Argentina have quite a few key players missing, as did we. I always judge our effectiveness on the quality of our performance and I thought by and large we hit a high percentage of good decisions.

“The players have been outstanding to work with. They are very talented and from an England rugby point of view we have a strong few years to come.

“We have a generation of players coming through who should be here way beyond 2015.”

Man of the Match Joe Marler said he was delighted in having been recognised as one of the best players on the day, an award that has been a long time coming.

“The last time I was man of the match was probably at Esher back in National One,” said Marler.

“It was a bit different from out here in Buenos Aires. I have just enjoyed myself. There were some darker times earlier on in the season to cope with, especially in the Six Nations.

“There were several people taking me to one side saying stop moping about and feeling sorry for yourself, just get on with it.”

View highlights from the first Test