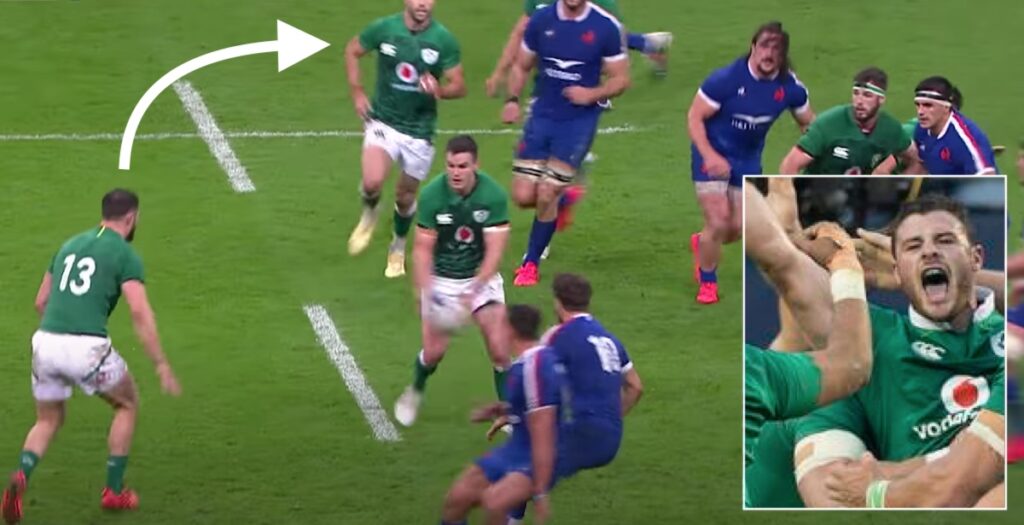 That is world class from Robbie Henshaw.

The 27-year-old picked up the ball from a Johnny Sexton switch in midfield and beat four defenders down the left hand touchline at Stade de France to score in the corner just before the hour mark.

If Ireland win the #SixNations, this will be the moment that gets played back over, and over again! Great try.

Henshaw’s brilliance came out of nowhere to bring the Irish back into the game but it wasn’t enough to spark a comeback, with the French going on to win 35-27.

Henshaw has earned 45 caps for Ireland since making his debut in 2013.

WHAT a try by Robbie Henshaw. Running back against the grain, beating multiple defenders and finishing it off all on his own.

What an effort Robbie Henshaw!

Robbie Henshaw turned into a French winger just there 🇮🇪🏉

Super try from Robbie Henshaw! Was in the middle of saying that Ireland are now playing like they’ve not met each other before since the restart and Henshaw goes on a mazy run and scores!

Even if we lose, Robbie Henshaw take a bow sir #FRAvIRL