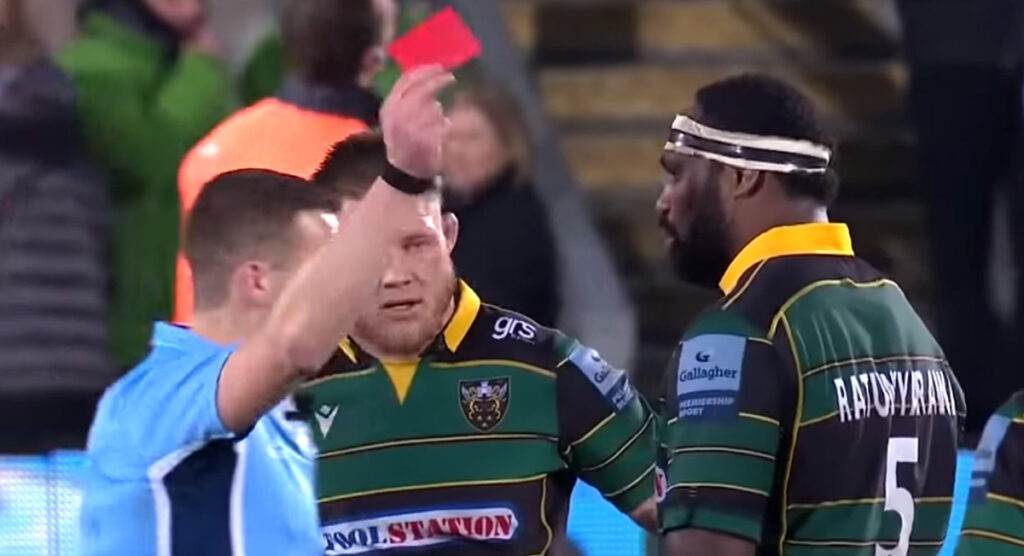 Northampton Saints second row Api Ratuniyarawa appeared before an independent disciplinary panel last night after he was red carded in the second half of his team’s clash with London Irish last Friday night.

The Fijian Rugby World Cup 2019 forward was punished for dangerous play in a ruck or maul, contrary to World Rugby Law 9.20.

The independent panel ruled that a four-week suspension was applicable, making him free to play again on Tuesday 10 March 2020.

Independent panel chair Charles Cuthbert said: “The player did not accept that he had committed an act of foul play by dangerously charging in to the ruck. He argued that he had bound on to the London Irish player. This was not accepted by the panel after reviewing the footage”

“The panel found it was a reckless action. While the panel were satisfied that there was no intent to cause injury, his shoulder did make contact to the face of the London Irish player who confirmed he suffered no injury as a result. The mandatory mid-range entry point applies where there is contact with the head and the panel found no factors to merit a top end entry point.

“The player was allowed mitigation for his clear disciplinary record over a long professional career at a high level. He apologised both and off-field to the London Irish player involved and his own team and is engaged in community activities and coaching. He was allowed 2 weeks in mitigation and is therefore suspended for 4 weeks.

What do you think of this latest suspension? Let us know as a comment below!