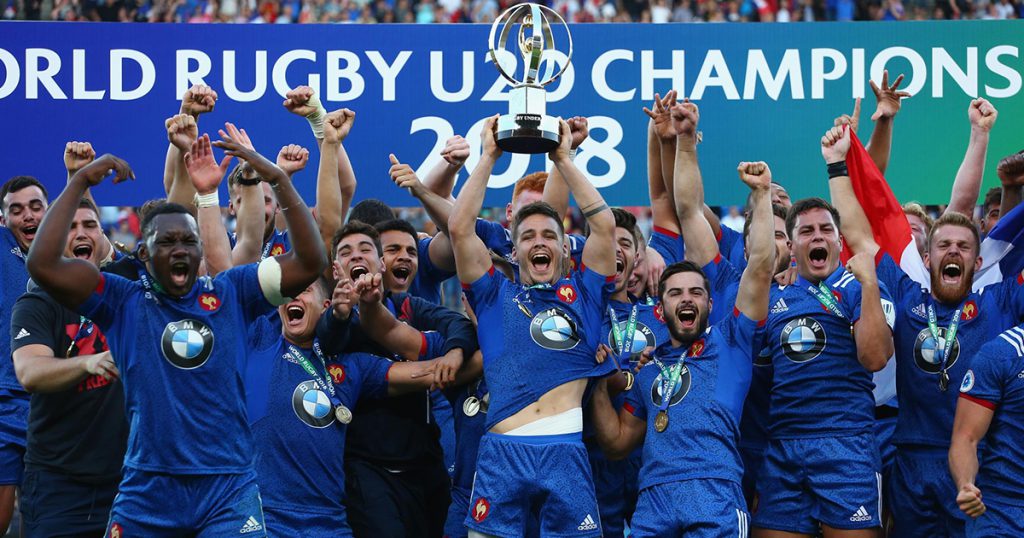 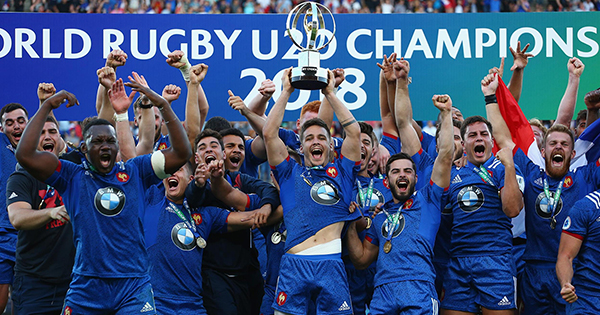 France are the World Rugby U20 Championship champions after a 33-25 victory over England at the Stade de la Méditerranée on Sunday. It is the first time in the competitions 11-year history that they have won it. South Africa meanwhile claimed third place by beating New Zealand.

France were lifted by a passionate 17,700 strong crowd who were on hand to witness their first ever final in the tournament, as they hoped to add to their junior Six Nations title from earlier this year.

England were no strangers to finals, but aimed to claim the win after they were defeated by New Zealand in the 2017 final in Georgia.

It was France’s day though, coming away with a 33-25 win and also claiming the Breakthrough Player of the Tournament award for 17-year-old star Jordan Joseph.

“It’s a squad win, staff and players. We were focused, we worked a lot and it’s a great award for all of the work that we have done. We were very united,” said coach Sébastien Piqueronies.

“It’s a moment of history, we wanted to win for ourselves, for this group of players and staff. We are very proud of what we have done.”

Australia finished fifth after they beat Argentina, while Wales came in at seventh for the second year in succession. Japan lost 39-33 to Ireland in the 11th place showdown, meaning that they will be relegated to the World Rugby U20 Trophy in 2019.