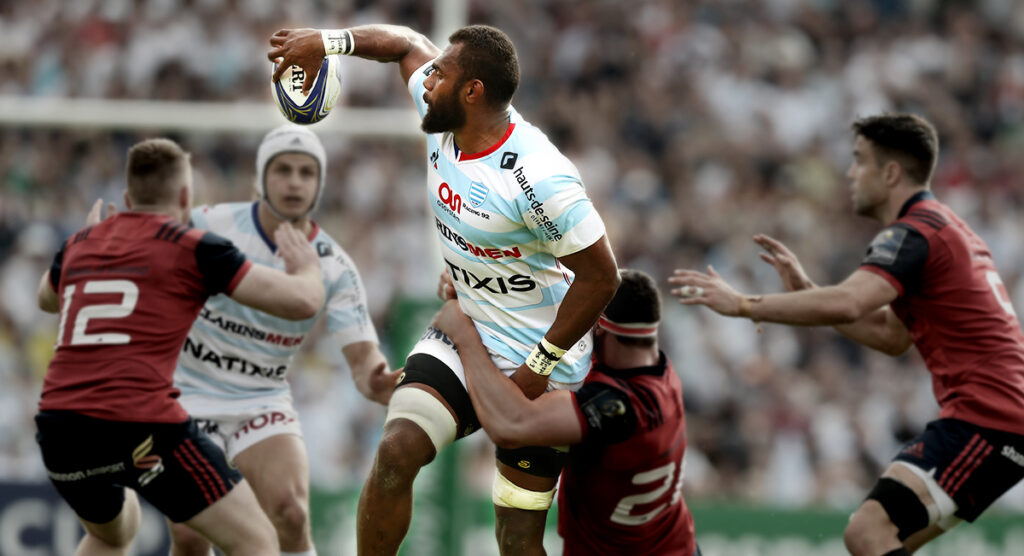 Racing 92 lock Leone Nakwara’s no-show to training since the Rugby World Cup is one story this week that could have major consequences.

The 31-year-old has failed to turn up to training following his two-week break after the tournament, and while it is believed that he is in Fiji building a house with his club’s consent, it was initially reported that the Parisian club were planning on firing him if he does not return.

While many people have sympathised with Racing 92, as Nakawara is an employee of theirs who they desperately need as they sit second from bottom in the league, this has sparked new concerns about the Top 14’s treatment of players.

Clubs in the Top 14 have long been criticised from not prioritising player welfare, which was glaringly shown recently when Thomas Ramos ran out for Toulouse only a week after being sent home from the France squad with an injury at the RWC.

I see @WorldRugby still doing nothing to aid or educate clubs to be sympathetic to huge cultural differences that Pacific island players are faced with. About time they stepped up to aid players as much as possible

Two weeks rest has not been deemed enough, particularly for foreign players that may only get a chance to visit their home once a year. The Gallagher Premiership and the Pro14 have been used as examples in how players should be treated, although that is still largely down to the clubs, as Stuart Hogg ran out for the Exeter Chiefs a week after Scotland crashed out of the RWC.

Another case of a European club (most often the French) playing hard ball with islanders. They have a history of blackmailing players from the islanders, and nothing is done to stop it. This has always had a detrimental effect on the World Cup and national team duty. #$hostages

However, this has also tied into concerns with how Pacific Island players are treated in France, as it is a long held view that players from Fiji, Samoa and Tonga are blackmailed into not playing for their country in order to remain with their clubs. This treatment of the 2018 European player of the year has only fanned those flames.

The Top 14 is utter madness and the owners of these clubs wouldn’t run a bath correctly never mind a rugby club where they have to take player welfare into account. Disgraceful this is along with Ramos playing the week after being sent home with an injury. Pathetic owners https://t.co/ixDRGZqUCq

The problem for Racing 92 is that, while they may feel within their rights to sack Nakawara, this would only create a bidding war amongst their biggest rivals for the lock. Very few clubs in Europe would turn down the chance to sign Nakarawa if the opportunity arose, which is why this may just be a hollow threat from the French giants.

And player welfare in France everyone 😂👏 https://t.co/xwVjcwuei7