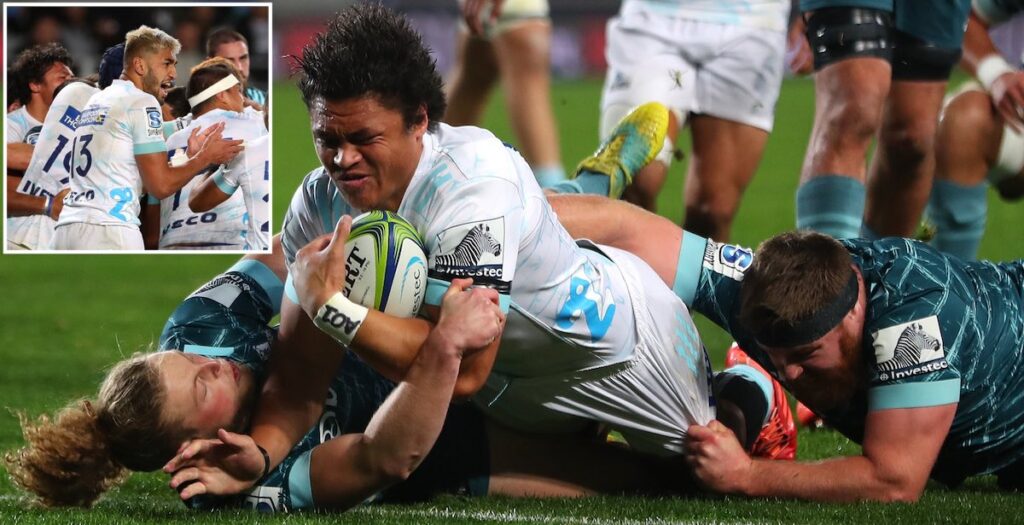 The Blues continued their winning run in Super Rugby Aotearoa with a 27-24 victory over the Highlanders at Eden Park on Saturday.

Blues youngster Caleb Clarke showed tremendous power to bust over the try line in the opening five minutes before Highlanders skipper Ash Dixon hit back from close range shortly after.

Midway through the first half the Blues took the lead after number eight Hoskins Sotutu made a charge down for flanker Dalton Papali’i to capitalise on.

Just five minutes later the hosts scored a contender for try of the season when All Blacks star Beauden Barrett set up a counter attack from deep. The ball reached 21-year-old Clarke who made a break down centre field before finding Rieko Ioane who ran in from 40 metres to score their third try of the half.

The Highlanders started the second half on fire with fly half Mitch Hunt and flanker Shannon Frizell both going over within 15 minutes. But Papali’i hit back almost immediately to reinstate the home side’s lead on the hour mark.

Hoskins Sotutu…is there anything you can’t do?

The Highlanders had an opportunity to level the scores late on and take the game to golden point but the penalty attempt went wide, meaning the Blues have now won three straight games in Super Rugby Aotearoa.