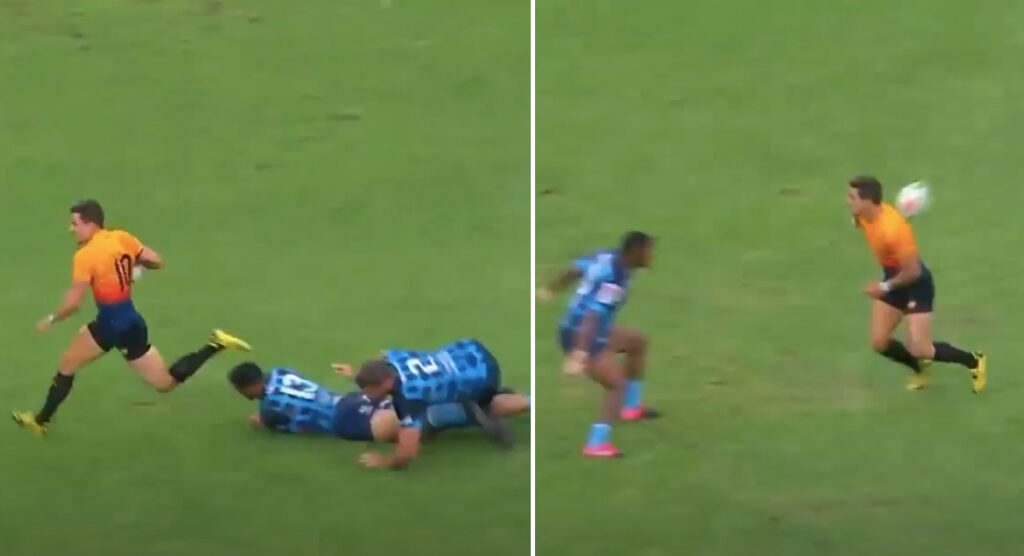 Leicester Tigers have today announced the signing of exciting playmaker Joaquín Díaz Bonilla, who joins the Tigers ahead of the 2020/21 Gallagher Premiership season from Super Rugby side the Jaguares.

Bonilla has made four international appearances for Los Pumas since his debut in 2018 and has previously represented Argentina at Under-20 level.

The 31-year-old made more than 130 appearances for Argentinian club Hindu before joining the Jaguares in 2017, ahead of their second Super Rugby season, and played a starring role in the run to the 2019 Super Rugby Final alongside future Tigers team-mates Tomas Lavanini and Matias Moroni.

We will welcome Argentina international fly-half Joaquín Díaz Bonilla to Leicester Tigers ahead of the 2⃣0⃣2⃣0⃣ / 2⃣1⃣ season.

An exciting, athletic fly-half, with a successful goal kicking record, Bonilla will add “valuable depth” to the Leicester squad according to Tigers Director of Rugby Geordan Murphy.

“Joaquín is a very exciting addition for us and we are looking forward to welcoming him to Leicester ahead of next season’s campaign,” said Murphy.

“He will add valuable depth to our squad and alongside George [Ford], Zack [Henry] and Johnny McPhillips, provide plenty of healthy competition in a key position, which is a positive thing for us as we continue on this journey.”

Murphy is also looking forward to the boost and contribution he will bring off the pitch.

“In our conversations with Joaquín, what has stood out is his positive character and energetic personality. We have been very open about wanting good people as much as good players, who are willing to work hard and live up to the standards we have set, and Joaquín is very excited to be a part of what we are building in Leicester.”