Hilarious footage shows physio get taken out by Fijian star 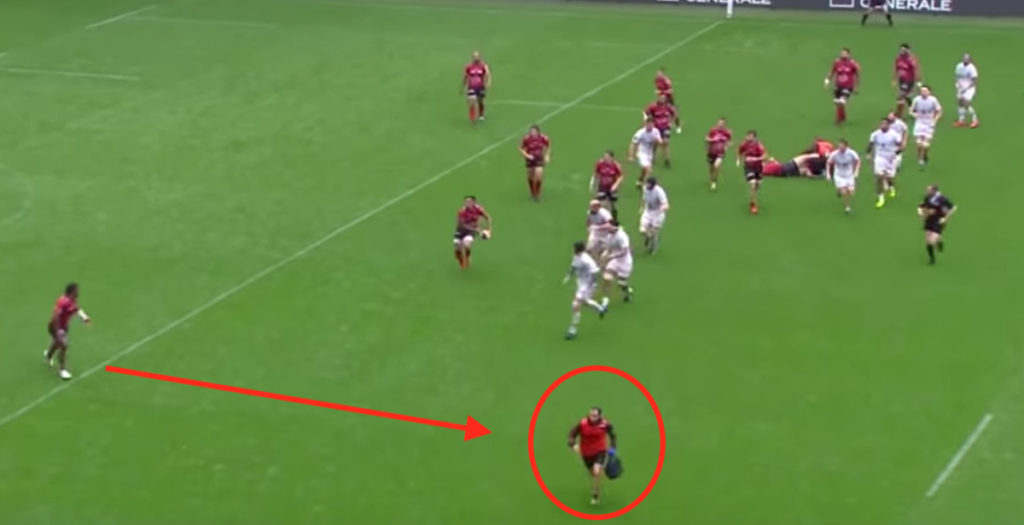 A Toulon physio was taken out during their Top 14 game against Toulouse on Saturday when he ran on the pitch to tend to an injured player.

The physio reached the middle of the pitch before a turnover and switch in the direction of play had him running back towards the touchline.

He tried his best to stay away from the ball but was taken out by the legs of Josua Tuisova.

In fairness to the physio, he didn’t interfere with the game and Toulon went on to score a wonderfull counter attack try and beat the league leaders 25-10 at Stade Félix-Mayol.

Toulon now sit 10th in the French Top 14 with five rounds of the regular season still to play.