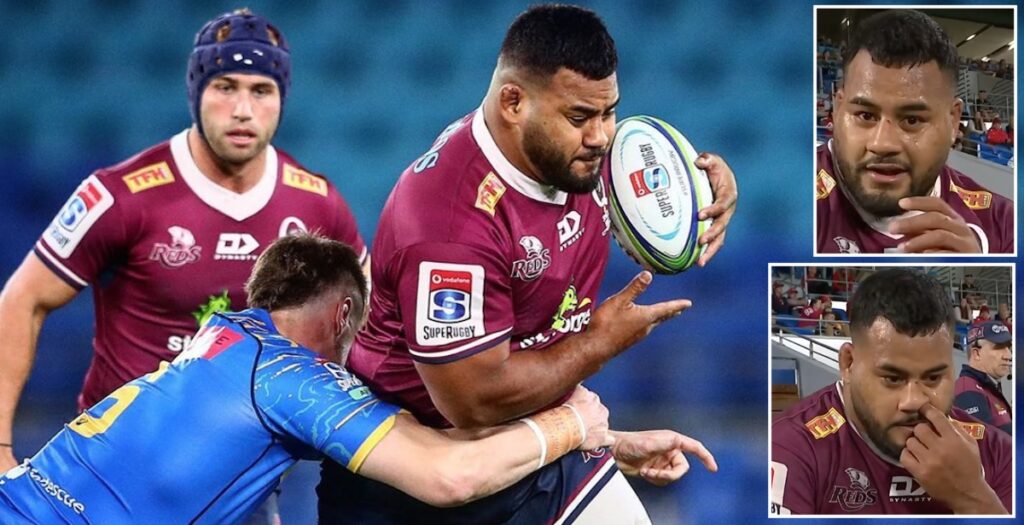 Queensland Reds prop Taniela ‘Tongan Thor’ Tupou is fast becoming a crowd favourite in Australia due to his recent performances in Super Rugby and hilarious antics off the field.

The 24-year-old tighthead had another stellar game for the Reds in Friday’s game against the Western Force with his impressive turn of pace and handling skills.

Taniela Tupou in explosive form for the Reds. Another special player who refuses to be defined by the number on his back.

In a 2018 interview, I spoke to Pieter-Steph du Toit about the evolution of forwards in recent times. He highlighted Tupou as someone who has raised the bar pic.twitter.com/6Fytm0EA8R

At 132kg, Tupou is hard to stop one his legs get pumping and he came inches short of scoring a wonder try against the Force but lost control of the ball just short of the try line.

The Wallabies prop played 72 minutes against the Force and had some fun with the camera from the sideline, blowing kisses and picking his nose.

This old highlights reel demonstrates he raw power and pace of the front-rower while his handling skills are simply sublime for a man of his size.

The young man has already amassed 16 caps for Australia and earlier this summer he benchpresses a ridiculous 200kg while training with the Reds.