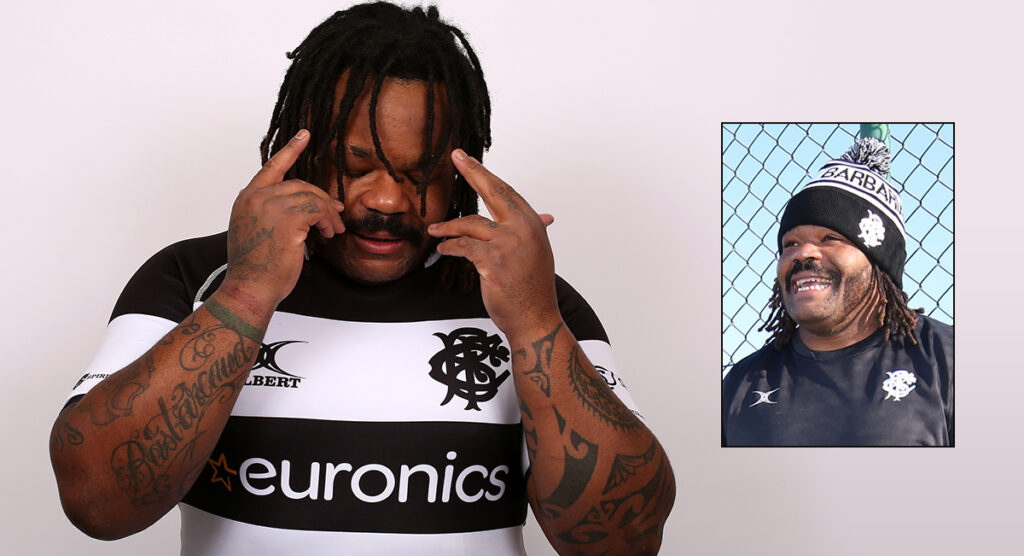 Ahead of their encounter with Fiji this Saturday at Twickenham, Barbarians coach Eddie Jones has created a new position for Mathieu Bastareaud, calling the former France international a ‘utility’ player.

Jones joined in an interview with the 54-cap Frenchman to describe him as a “back and forward” after the former Toulon centre’s pioneering positional change.

Is he a giant rugby hybrid – Like a Prius with a gym membership? 🤔

The 31-year-old is likely to play at no8 for the BaaBaas against Fiji this weekend, where he has thrived so far this season for Top 14 leaders Lyon.

He joined Pierre Mignoni’s side on a short loan this summer after being overlooked by France head coach Jacques Brunel for the Rugby World Cup. His stint is now over, and he is set to move to the United States to play for Rugby United New York.

The move not only allowed him to play before his move to New York, but gave him the opportunity to transition from the centres to the back row. This has been a successful move so far, and he has featured extensively as Lyon have built a five point lead at the top of the league.

This was an unprecedented move for a player of Bastareaud’s calibre, but one that could prolong his career. He has always had a physique that would suit a back row forward, and it was inevitable that he would one day be unable to keep up with the outside backs.

This has proved to be a sensible positional shift thus far, and it looks to have received the backing of Jones. It could even see some more players follow in his footsteps.

Such an announcement was originally seen as a bit of a joke, but Bastareaud has silenced many critics, and will have a chance to this Saturday when he exhibits his new positional change on the international stage.