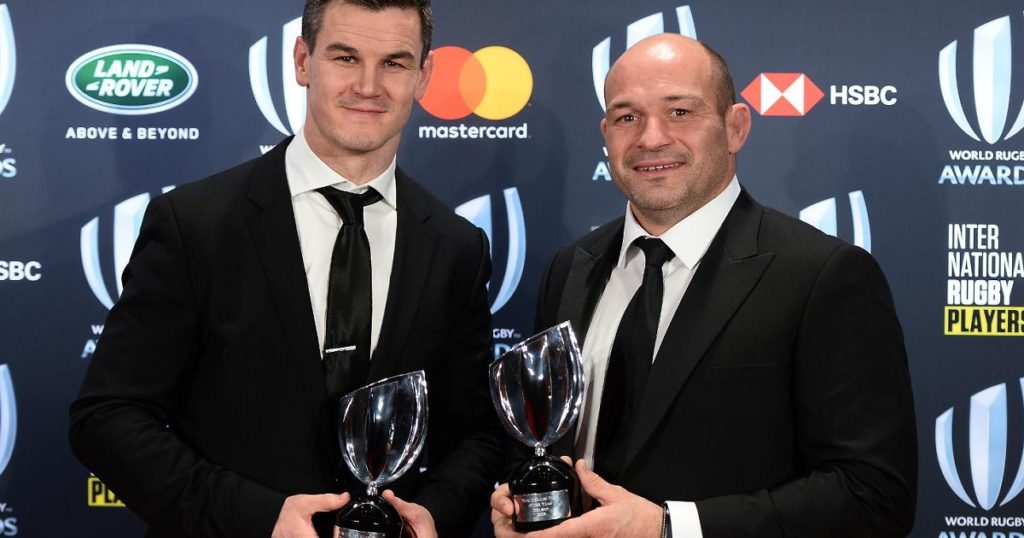 Coming off the back of one of the most successful years in its history, Ireland swept up in the annual World Rugby Awards last night in Monaco.

Winning Player of the Year with Jonny Sexton, Coach of the Year for Joe Schmidt and the prestigious Team of the Year, the Irish dominated the evening after a breakthrough last 12 months, which has produced wins over every tier one nation inside the top 10 in the World Rugby rankings.

Here are some of the biggest awards of the night:

Team of the Year – Ireland

A crushing 38-3 victory over South Africa in 2017 was followed by a comprehensive Grand Slam in the 6 Nations this season, before a pair of wins away to Australia in the Summer. Then, Schmidt’s side finally beat the All Blacks on home soil in November, to ensure his side head into next year’s World Cup in Japan as one of the favourites.

Try of the Year – Brodie Retallick versus Australia

A close call between all of the nominees but it was another World Rugby Award for New Zealand second row Brodie Retallick for his sensational dummy to culminate a length-of-the-field team try against Australia. Other nominees included CJ Stander scoring against England at Twickenham, Sean Maitland’s score against the same opposition following Finn Russell’s outrageous overhead pass, and Beauden Barrett against Australia.

He could barely speak after losing his voice but Jonny Sexton did all his talking on the pitch this season. A deserving recipient of the award, the Irish and Leinster fly-half pulled the strings for his country on the summer tour to Australia, kicking them to victory twice to win the series.

His last-minute drop goal against France in the first round of the 6 Nations also paved the way for Ireland’s second Grand Slam in 10 years.

The Women’s game has come on leaps and bounds in 2018 and this has been no more evident than in France. Grand Slam champions, vice world champions and winners of the 7s World Cup, the French have transcended women’s rugby with their stylish play and huge home crowds.

Full back Jessy Trémoulière has a Clément Poitrenaud essence and her two tries against England in the 6 Nations were crucial in securing the clean-sweep for her side. A potent threat with ball in hand and equally threatening from the kicking tee, Trémoulière beat compatriots Pauline Bourdon, Safi N’diaye, Gaëlle Hermet and New Zealand’s Fiao’o Fa’amausili.

Former Scotland international second row Doddie Weir picked up the Award for Character for his continued battle against Motor Neurone Disease and the ongoing campaign for research into the illness through his foundation “My Name’5 Doddie”.

The foundation has a number of events throughout the year and donations can still be made at https://www.myname5doddie.co.uk

Joe Schmidt picked up Coach of the Year, while South Africa’s Aphiwe Dyanti claimed the Breakthrough Player of the Year.

Michaela Blyde scooped the Women’s 7s Player of the Year for her hugely impressive season in the Black Ferns jersey, while USA flyer Perry Baker won the Men’s award.