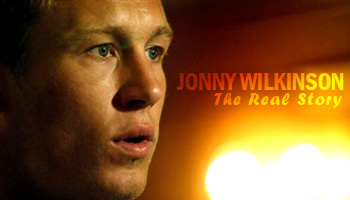 About two weeks ago we brought you the first four parts of this brilliant Jonny Wilkinson documentary from 2002. Today we have the rest of it, allowing you to get to know the man a little better, as well as see him at his best on the field.

In 2009, Wilkinson is currently revelling in his new lease on life with an injury free season at Toulon. As he says in his fascinating column, things are going great at the moment.

“This is exciting. It is years since I have had any continuity in my rugby, but since my season has started here in Toulon I have finally been able to put together a run of games.

Hes now played over ten consistently, without injury, a point that hes quite frank about, but he also knows that it could all change at any moment.

“Not for a minute would I tempt fate by suggesting that the injury days are behind me – I still approach every game and training session as if it might be my last – but after such a long period of shut-out, the door is now open and I am ever keener to make the most of every opportunity.

“People want to know how I rate my form, but I almost always say about six out of 10. When I get a bit farther down the road, I might get as far as six-and-a-half. Or maybe not. There is so much more that I am shooting for here; I am still nowhere near where I want to be.”

Its fascinating to watch this documentary from back then, as we see Wilkinson and his mentors talk about the future and the goals that he has. Its possibly one of the best insights around in terms of what the actual man himself is like off the field.

We also get to see that hes an absolute workaholic and is obsessive about everything he does, which is probably why hes considered to be one of the greatest flyhalfs of all time.

Well end with a quote from the documentary, which Im sure will be remembered when he puts on that esteemed white jersey again at the end of the year.

View parts 1 – 4 of the documentary