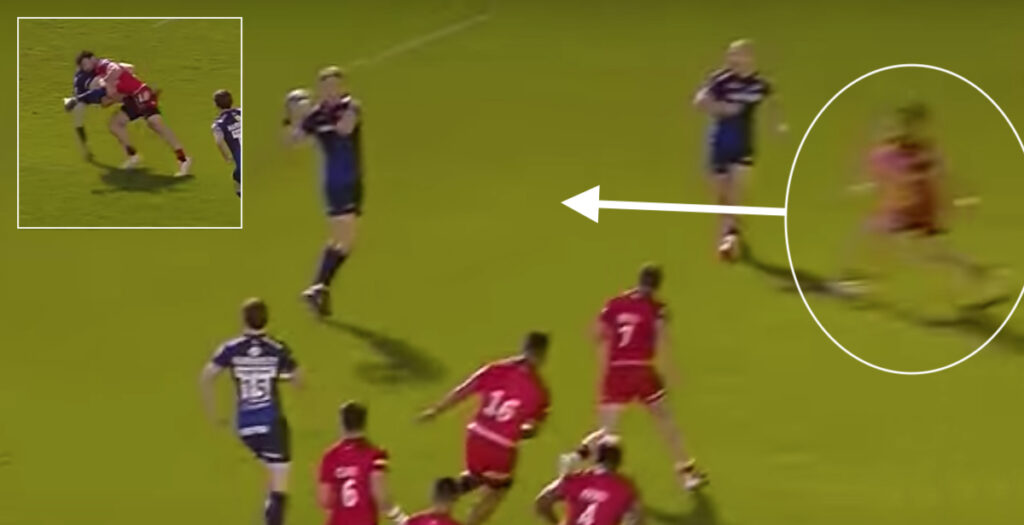 James received a hospital pass from full back Simon Hammersley late on in the second half as Sale attempted a counter attack from deep.

Morris read the pass and picked out James, smashing the Englishman backwards with a textbook dump tackle leading to a brilliant turnover.

James was driven back two metres in the collision and once Sarries regained possession they scored a fantastic try in the corner in the last play of the match.

Despite the inspired finish from the Premiership champions it was Sale who won the game 24-17 and full match highlights are available below: