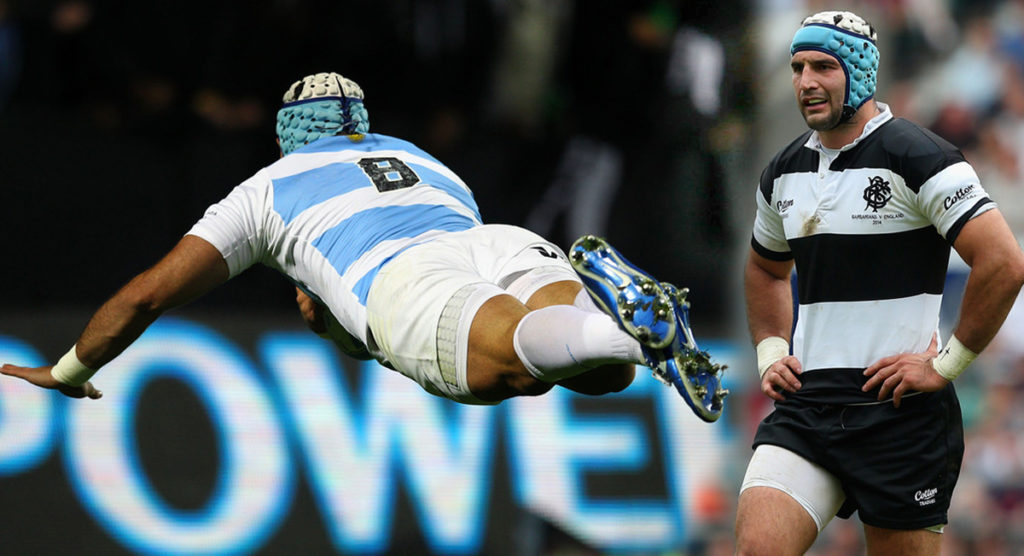 Argentina’s Juan Manuel Leguizamon has been told that he will get a chance to start against his countrymen when the Barbarians take on Argentina at Twickenham this coming Saturday. While he’s played for the Baa Baas before, it’s never been against Los Pumas.

The last Barbarians team to play at Twickenham were victorious when they beat England 63-45 in a thrilling game that included nine tries and a hat-trick to Chris Ashton – also against his country.

“The Barbarians is a different style and we asked all the boys what we should do,” said Erasmus.

“It’s definitely a specific brand but it’s not linked to a specific country. We’d like to entertain, to enjoy it, to have fun and be really competitive against Argentina so it’s Test match rugby.  It will be a mix of all these players, Juan Leguizamon, Wyatt Crockett, all the rest, and put together in one week.”

The bulk of the squad will be South Africans but the coach has insisted that they will play entertaining rugby, the likes of which the Barbarians became famous for, with many wonderful moments over the years.

Rising stars like Fiji’s Frank Lomani, Tonga’s Leon Fukofuka and Australia’s Luke Jones will all be aiming to force their way into the starting line-up — and increase the global feel.

“When we compiled the team we wouldn’t want to have 17 Springboks in it,” said Erasmus, twice invited to play for the club but injured on each occasion.

“The whole thing about the Barbarians is to bring all these cultures together and that’s why it’s so well supported.

“It’s great to have a guy like Leguizamon, with all his experience, on the field. He’s definitely going to start the game for us.

“He’s 35 and we can say thank you to this guy because of how he’s served his country, how he’s served rugby and how he carries himself. It’s wonderful to have him in the team.”

The role of chief sideline supporter and water carrier is an exclusively South African job, though, carried out by giant Springboks’ lock Eben Etzebeth.

“He wants to be here — he wants to be part of it,” said Erasmus. “He’s probably the biggest team mascot in the world and he’s paying his own way just to be with the boys. He desperately wanted to play for us.”