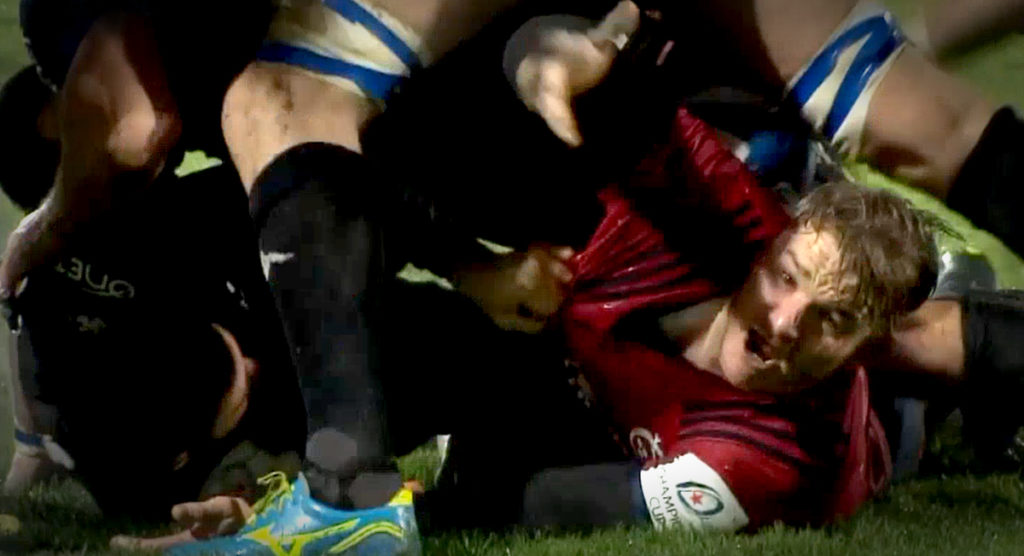 Castres’s 13-12 victory over Munster has come under intense scrutiny, with words like “blight” and “disgrace” being used by former players to describe what went on. Throughout the match, there were several questionable incidents, some of which were left unchallenged by Wayne Barnes and crew.

*Scroll down for citing update

Castres avenged last weekend’s 30-5 loss at Munster with an aggressive but controversial performance. Some obvious bad blood exists between the two sides and it materialised for the hosts in the form of a tip tackle, slide tackle and alleged eye rake.

Late in the match, Munster were attacking when Marc-Antoine Rallier was yellow carded for tackling Peter O’Mahoney off the ball with no arms. Many think he was quite lucky not to receive a straight red as O’Mahoney clearly landed on his shoulders.

A few seconds earlier, O’Mahony had been taken out by a no arms tackle with a flip that saw him land on his shoulders. pic.twitter.com/9jcyoQFVCA

Another questionable tackle from the same passage of play drew condemnation from Leinster legend Brian O’Driscoll. Munster looked to have scored a try through a brilliant chip and chase by Andrew Conway. Upon review, it was deemed that Conway had knocked the ball forward and the try was disallowed.

The problem with that decision is it completely ignored the slide tackle from Benjamin Urdapilleta.

I mean, just look at this barely 5m away from the tryline pic.twitter.com/xF76m1EMgV

Speaking on BT Sport, O’Driscoll made his feelings quite clear, saying: “It’s not football, you can’t have a slide tackle! World Rugby need to stamp down on that, it’s a blight on the game.”

Just @RoryKockott being a tramp.. someone wrong with your own eyes that you need Chris’ or?? pic.twitter.com/JFpwF9jfFU

Referee Wayne Barnes had it brought to his attention by the Munster players, so mentioned it to the TMO who had a quick look but couldn’t see anything conclusive on video.

“It’s been mentioned to the citing officier, okay? We can deal with it after,” is what Barnes reported back.

Some have questioned Barnes’s performance on the day, including former Ireland international Alan Quinlan: “I thought Castres’ discipline was a disgrace and they were a disgrace and I have no problem saying that.”

“I guarantee you if Nigel Owens was reffing that game, both captains would have been called out, ‘There are things going on and if it continues I’m going to take action’ and then the next fella that does it is gone.”

Controversial calls aside, Munster didn’t take their chances when needed and came up short. With the loss, they will now need to win the remaining two pool games to have a chance at advancing to the knockout stages of the Champions Cup.

UPDATE: Both Kockott and hooker Rallier have now been cited for their respective incidents.