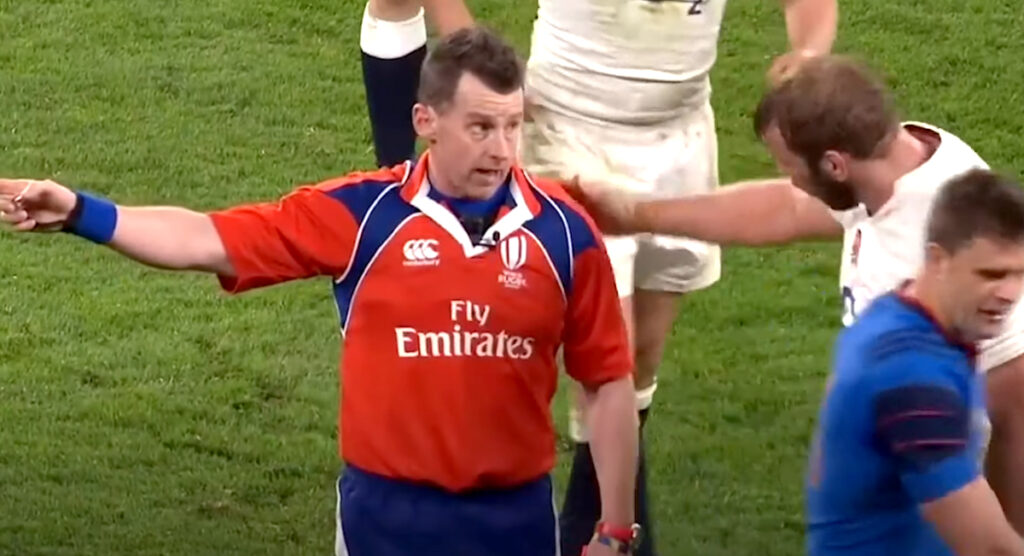 Referee Nigel Owens has been a fan-favourite for quite some time, mainly due to his proficiency with the whistle but it’s also down to his witty rapport with players, which is more often than not caught on microphone. This latest compilation captures it perfectly.

Over the years he’s made some classic comments on the field, bringing little sniggers by those standing around, and plenty of laughs for fans watching at home.

But his good sense of humour and friendly demeanour should not be taken as being soft.

WATCH: Nigel Owens tells his side of the controversial 2011 RWC red card

Owens does not take any nonsense and has repeatedly made a habit of making that very clear to players, but usually in a comical manner.

While he’s one of the funniest referees around, he’s often the centre of attention with his telling off of players, like when he pulled everyone in and told off 30 grown men.

Or when he reprimanded England skipper Chris Robshaw, calling him “Christopher….”.

There’s always something comical about seeing a small referee in white boots telling off giant men, especially with the sometimes brutal way that he does it.