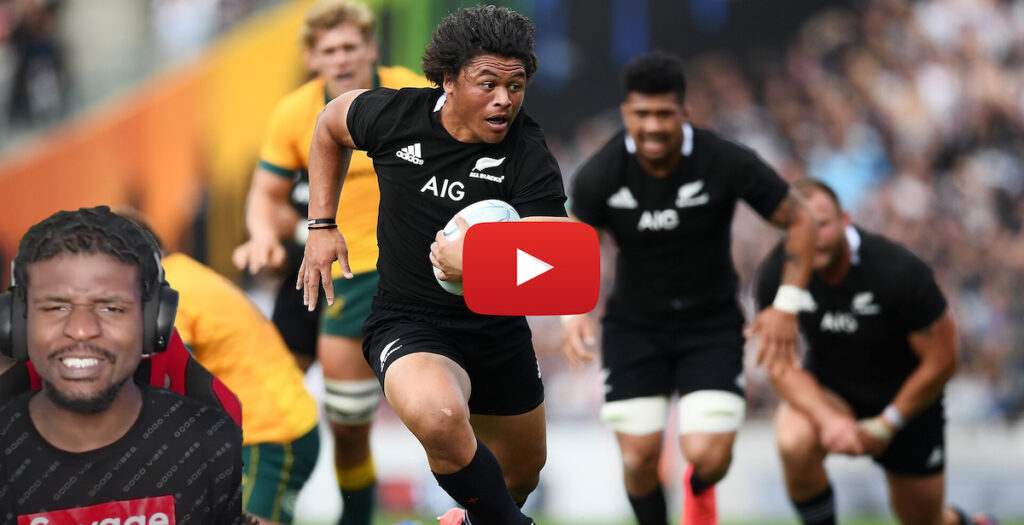 A funny new video has emerged of an American YouTuber watching All Blacks winger Caleb Clarke ripping it up for club and country.

YouTuber Global Weezy filmed himself reacting to some of the destructive runs and powerful carries made by New Zealand’s young powerhouse on the wing.

Clarke recently made his debut start for the All Backs in the second round of this year’s Bledisloe Cup at Eden Park and he beat an incredible 16 defenders throughout the 80 minutes.

The 21-year-old is one of the most talked about players in world rugby right now and has drawn comparisons to the late great Jonah Lomu and Julian Savea for his raw strength and power.