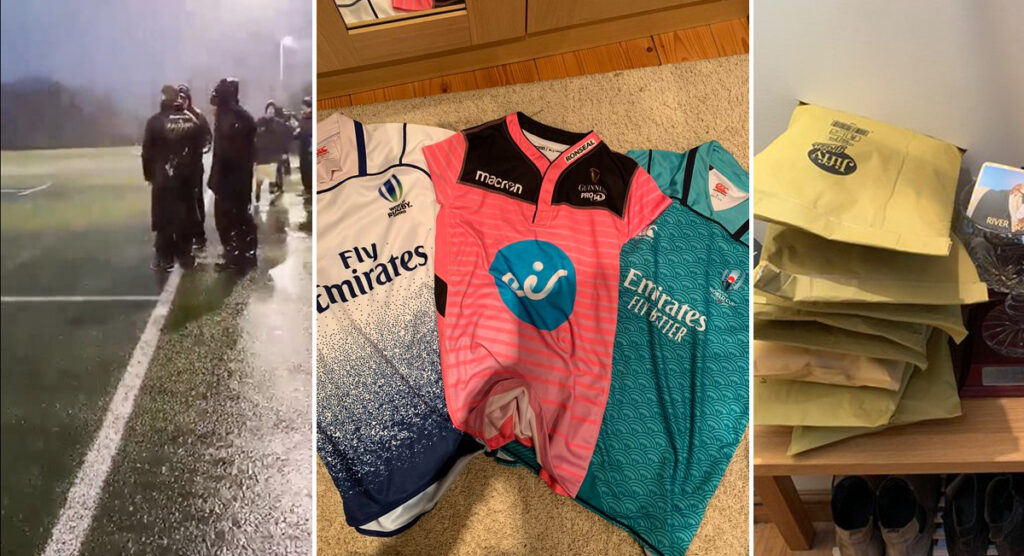 Referee Nigel Owens has offered his help to any clubs affected by Storm Dennis by sending them his signed shirts to auction off.

He shared this post on Twitter in the wake of the storm, which has completely devastated rugby clubs across the United Kingdom:

“To all the rugby clubs out there. If you think it will help & you want a signed ref jersey of mine that may be helpful to auction or raffle off to help raise some funds after storm Dennis then please let me know. Will DM you to get sorted. Thinking of you all who have suffered from it.”

The game must go on! Crazy scenes with Storm Dennis causing havoc @kendalrugby

The Welshman has refereed some of the biggest games of rugby over the past decade, including the Rugby World Cup final in 2015. In his post, he shared a photo of one of his shirts worn during the recent RWC in Japan, where he oversaw the semi-final between England and the All Blacks.

To all the rugby clubs out there. If u think it will help & you want a signed ref jersey of mine that maybe helpful to auction or raffle off to help raise some funds after storm Dennis then please let me know. Will DM you to get sorted. Thinking of u all who have suffered from it pic.twitter.com/ZubqzZm9kj

A huge number of clubs have got in contact with Owens since he shared this message, showing the damage that has been done after the storm. This can be seen in the comments, and it is not simply rugby clubs that he is willing to help.

The 48-year-old has already started sending out the shirts, and has said that more will be done as soon as possible.

Signed as many as I have spare and will post tomorrow. Apologies if there are a few short will try and get more done ASAP ok. Good luck with the fundraising https://t.co/5tyrDEdpo2 pic.twitter.com/N22vef37kT

Clubs in Wales have experienced some of the worst damage, with pitches and clubhouses completely submerged in water. To make matters worse, clubs like Bedwas have revealed that their insurance will not cover the flood damage.

Fundraising campaigns have started as a response to save some clubs, and Owens is contributing.