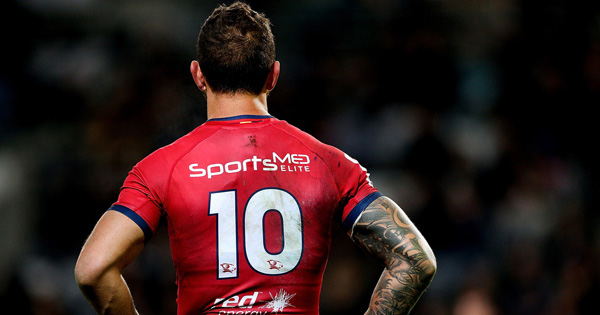 Quade Cooper and Scott Higginbotham have both missed out on selection for Wallabies coach Michael Cheika’s 38-man training squad for the Rugby Championship. He has named eleven new faces in the lead up to the Bledisloe Cup clash in Sydney on August 19.

The training camp won’t include any Brumbies players until their Super Rugby campaign is over.

The selected players will meet at their State bases this coming Thursday for the first mini-training camp before the entire extended squad convenes in Newcastle on Sunday July 23.

Eleven uncapped players are in the extended train-on group with seven of them set for their first Wallabies squad experience (Fa’agase, Korczyk, Rodda, Uelese, Magnay, Meakes and Rona).

Western Force props Pek Cowan and Tetera Faulkner have been rewarded for their fine Super Rugby form, as they return to the national training group for the first time since their last Tests back in 2014.

It’s also the first squad selection for Kurtley Beale since the 2015 Rugby World Cup while Queensland pair Taniela Tupou and Izaia Perese will get another chance to impress following their selection as Development Players on the 2016 Spring Tour.

The week-long strength and conditioning camp in Newcastle will form the first part of the lead-in to the opening Bledisloe Cup clash with a finalised squad to be named prior to a camp in Cessnock on Sunday August 6.

Qantas Wallabies coach Michael Cheika said: “We have a lot of work to get done between now and August 19 when we play New Zealand in Sydney. That work started in June, we tried to maintain some of that throughout the last rounds of Super Rugby and now we start to take it up a level.

“We want all of these guys to be very clear on what the trademarks are of the Wallabies game and then be equipped and ready to deliver it when asked to enter the arena for Australia, whether it’s for five minutes or the whole 80 minutes of every Test this season.

“That is what our objective will be over the next couple of weeks and I can’t wait to get stuck into it,” Cheika said.