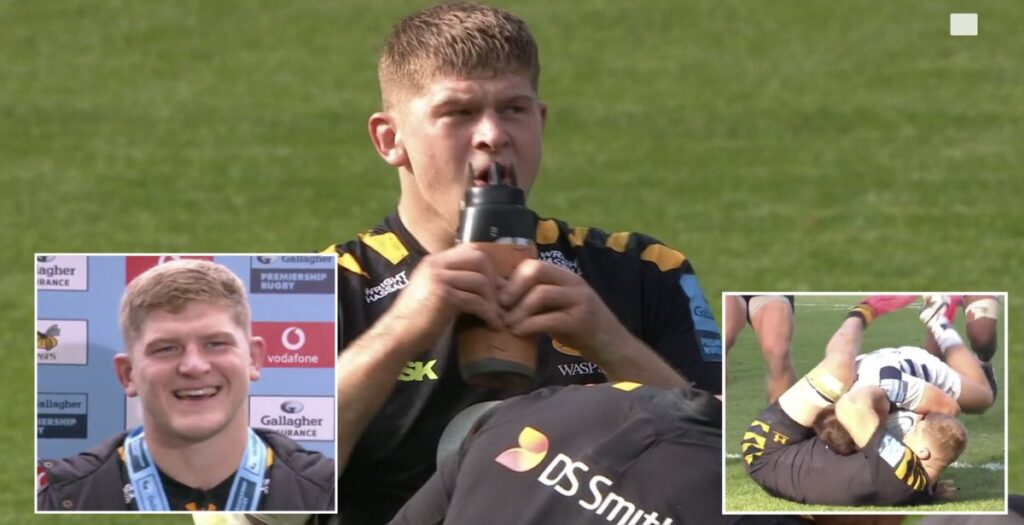 Wasps flanker Jack Willis put himself into strong contention for a starting role for England with an outstanding man of the match performance in the Premiership semi-final on Saturday.

The 23-year-old was at the centre of everything at the Ricoh Arena in front of England head coach Eddie Jones and while his stats were off the charts, he also bagged himself five points and produced this incredible try-saving tackle in the second half.

How good was this save from Wasps’ MOTM Jack Willis?!#GallagherPrem pic.twitter.com/cxe54fMtZP

Willis has now made 43 turnovers this season which is more than double Blair Cowan in second place and is also Wasps’ top try scorer in all competitions.

Willis was named in Jones’ England squad to tour South Africa in 2018 but was ruled out by a knee injury while playing for Saracens in that season’s Premiership semi-final, thus denying him his international debut.

His heroic performance helped Wasps to a 47-24 win and a place in the Premiership final and fans, players and pundits have taken to social media to praise the flanker.

“I’ve just got to keep working hard and improving as a player and hopefully that opportunity comes one day.”

Wasps’ Jack Willis admits that a future with England is driving him on after a superb man-of-the-match display vs. Bristol Bears 🌹#GallagherPrem pic.twitter.com/QgkkFAKdYw

Serious stats for Jack Willis, must be in Eddie’s plans now. Just made the break and scored the try too for Wasps. Serious player #GallagherPrem pic.twitter.com/UO0kVfmLYq

Loved watching this individual this season…and loved watching the collective behind him as well. Jack Willis with a final to look forward to, Bristol set for more regular dates with the play-offs. pic.twitter.com/cFt5pyaEut

Jack Willis is a phenomenal player! Dynamite in attack and defence.

Not sure how with all the great back row options but he has to start for England. #WASvBRI

Jack Willis is absolutely balling. Best flanker in the Northern hemisphere at the moment.

So, based on reports reaching me, it would seem Jack Willis did the business again. Lions bolter? Or even further down the line than that?

Sums up how ridiculously good Jack Willis is at pilfering ball (via @OptaJonny). pic.twitter.com/0DwPhuzwli

Has anyone ever seen Jack Willis and Clark Kent in the same room?

Jack Willis might be the best player in the premiership. @btsportrugby

Jack Willis is an absolute beast.