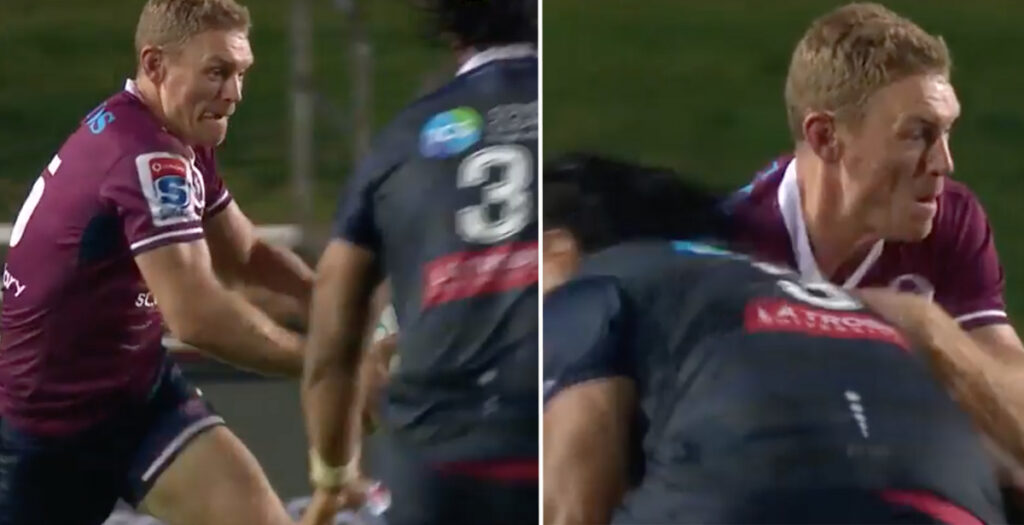 Queensland Reds full back Bryce Hegarty received one of the biggest hits of the year against the Melbourne Rebels in Friday’s Super Rugby AU clash.

The 27-year-old gathered a kick from deep and ran at the defence at the start of the second half. But rather than finding space, Hegarty ran straight into 130kg tighthead prop Pone Fa’amausili.

The full back was stopped dead and the commentators revelled in the impact of the tackle made by the 23-year-old monster.

The match was the first to go into super time with the scores level at 18-18 after 80 minutes, but after neither team was able to score the golden point during the extra period the game ended a draw. Full match highlights are available below: