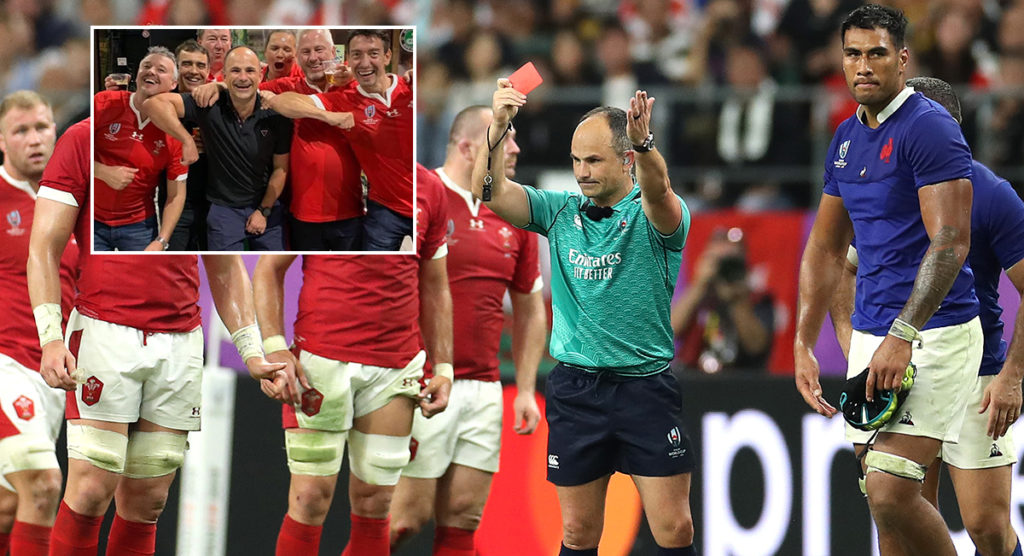 Referee Jaco Peyper played a large part in Wales’ win over France on Sunday, as he issued French second row Sebastien Vahaamahina a red card for an elbow. While it appeared to be the correct call, it’s his actions post-match that will lead to an official World Rugby investigation.

Peyper posed for a photo with Welsh fans and appeared to be mocking Vahaamahina with an elbow gesture, along with the other fans.

Leading France official Serge Simon said if true the photo was “shocking” and “explanations will be necessary.”

World Rugby said: “World Rugby is aware of a picture on social media of referee Jaco Peyper with a group of Wales fans taken after last night’s [Sunday] quarter-final between Wales and France in Oita. It would be inappropriate to comment further while we are establishing the facts.” 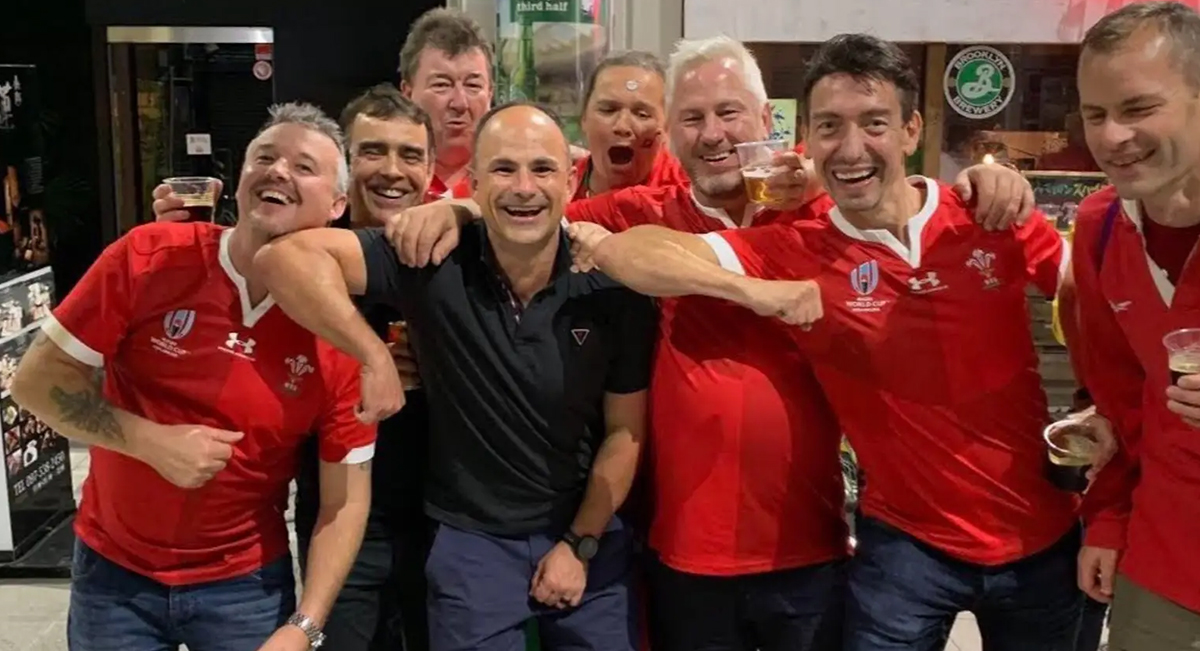 “I think I completely lost my head. Frankly it’s indefensible,” said a distraught Vahaamahina about the elbow, after the match.

“I don’t dispute the decision,” he said. “When you see the images it’s very clear he made contact with the opponent’s face.”

The dramatic late 20-19 Wales win means they will face South Africa in the semi finals.