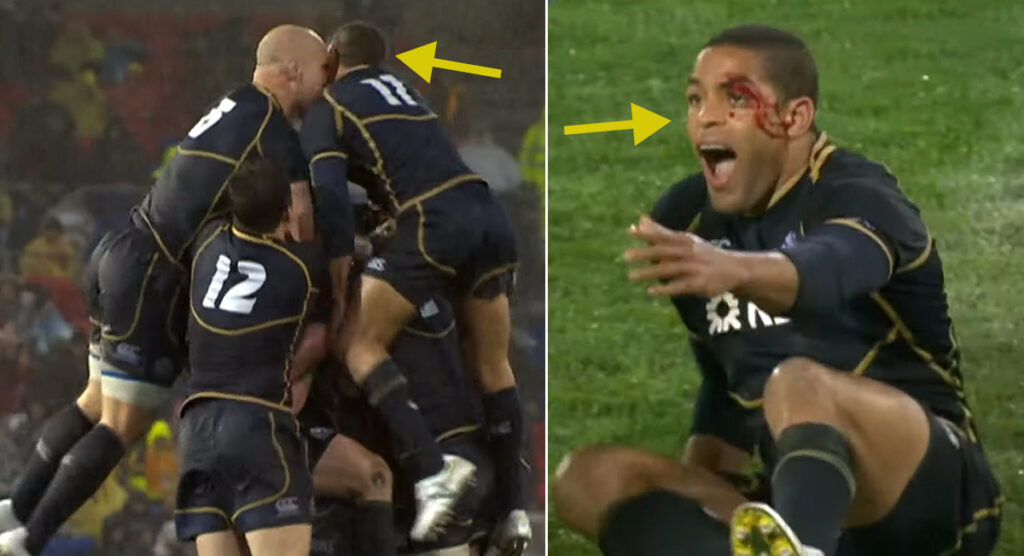 It’s been just under eight years since Scotland claimed a famous win over Australia away from home, as Greig Laidlaw’s extra-time penalty sparked wild celebrations. Now, the moment has been revisited in an amusing Top 10 video with other sports bloopers.

Scotland’s 9-6 upset win over the Wallabies in Australia was achieved in appalling conditions, similar to those that greeted the Wallabies in their 2009 meeting at Murrayfield, when Matt Giteau missed a last minute kick and Scotland won 9-8.

On this occasion, it was a late kick from the Scots as their power in the scrum earned them a penalty. Laidlaw’s attempt sailed through and Scotland had their first victory over the Wallabies in Australia since their 1982 win in Brisbane.

The scenes were chaotic as the kick went over, with the Scots erupting in the middle of the park, engulfing Laidlaw and diving onto one another.

Joe Ansbro and Ally Strokosch joined the group with impeccable timing, flying in head first, splitting each other open in the process.

It didn’t stop the smiles, despite each player needing to be patched up, with Ansbro coming off worst, needing multiple stitches to a nasty cut above his eye.

Strokosch commented on Twitter that he had ‘Apparently split him to the bone’, and said that he got 4 stitches while Ansbro ‘got loads!’.

He also posted a comical freezeframe of the collision. “We are hard in Scotland – this is how we celebrate,” he said.

That moment has now been included in this amusing video from Fox Sports, that features 10 of the most painful and ridiculous celebrations seen in sport. Enjoy, and stay safe!