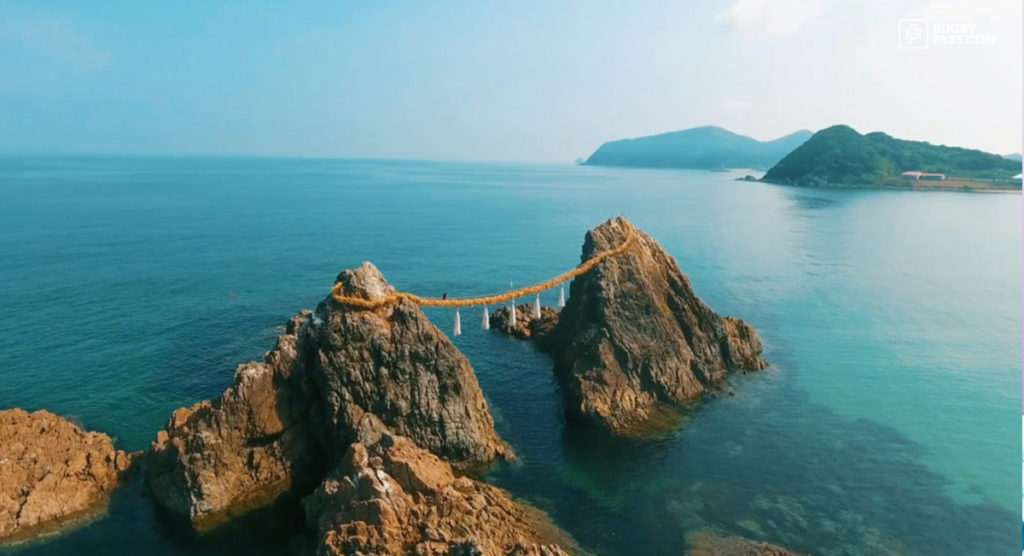 The Fukuoka Prefecture on the island of Kyushu is the ninth most populated prefecture in Japan, and one of the nations most outstanding in terms of natural beauty and culture. Fukuoka is seen as a natural gateway prefecture to Kyushu for both commerce and visitors alike. 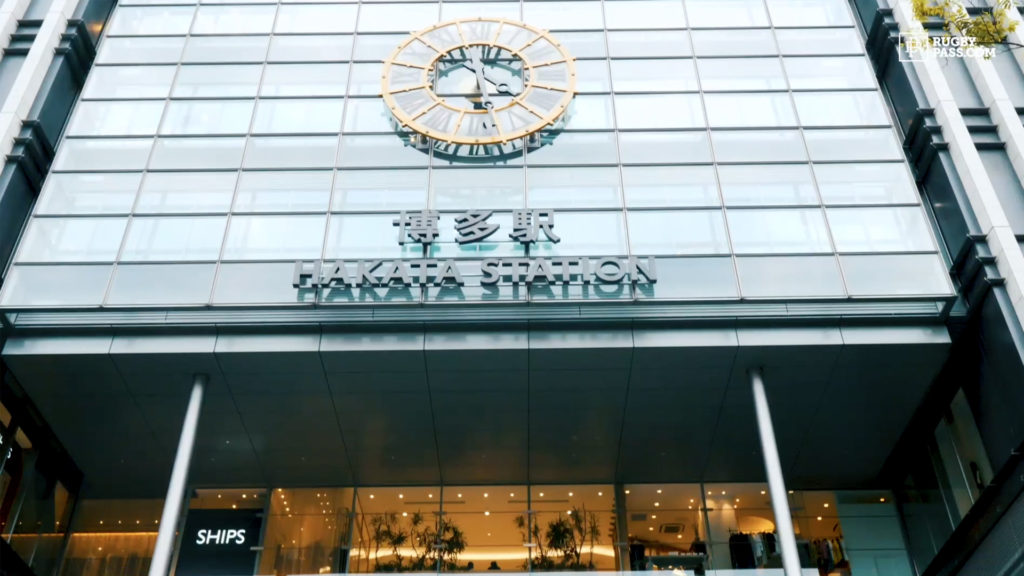 With access to both the city of Fukuoka and the airport servicing the city, Hakata Station will be the first port of call for many visitors to the area over the span of the Rugby World Cup. The station was first opened in 1889 but was rebuilt in 2011. It is the largest and busiest station in Kyushu and will act as a gateway to other cities in the province for travelling rugby fans.

The bustling economic hub of Fukuoka is the capital city of Fukuoka Prefecture. It is Japan’s fifth-largest city and the largest city in Kyushu. A city famous for its temples and shrines, it is where you find Hakatanomori Football Stadium, which will host Ireland versus Samoa on the 12th of October, as well as pool games involving France, Italy, Canada, and the USA.

Even in a city known for its shrines, Kushida Shrine stands out. Right in the heart of the city, the Kushida Shrine is renowned for the central role it plays in the annual Hakata Gion Yamakasa festival.

Futumigaura is located in the northern part of Itoshima City, it is also selected as one of Japan’s 100 most Beautiful Beaches and Meotoiwa (Rock Couples) stands approximately 150 meters from the seafront.

It has been revered as a sacred place as part of the Sakurai Shrine since ancient times, and it is covered with a 30-meter long, 1-ton heavy lanyard.

The home of Suginoya Beer, this microbrewery is known for its ales and stouts. A craft beer brewery located in Fukuoka city, the brewery started life out as an off-shoot from a sake distillery that opened for business back in 1870.

Just outside Fukuoka city, Mataichi-no-shio is home to specialty salt that is made using a mixture of rich minerals found in mountains and the ocean of the Itoshima Peninsula. It is produced in a tranquil factory on the coast that is a must for salt enthusiasts. You can also enjoy a dip in the nearby swimming area nestled beneath Genkai Quasi-National Park.

Nagasaki Peace Park is an important park located in Nagasaki, commemorating the harrowing events that saw the atomic bombing of the city on August 9, 1945, by Allied forces.

At its north end is the Peace Statue created by sculptor Seibo Kitamura of Nagasaki Prefecture, while visitors can see what remains of the original Urakami Cathedral, which stood just 500 metres from the epicentre from where the nuclear bomb detonated. A sombre reminder of the perils of war and, indeed, violence, it is next to the Atomic Bomb Museum and near the Peace Memorial Hall.

In close proximity to the Peace Park (above) is Glover Garden. The garden was built by Thomas Blake Glover, a Scottish merchant who contributed to the modernization of Japan in shipbuilding and coal mining. The Glover Residence at its centre is the oldest Western-style house surviving in Japan and remains to this day Nagasaki’s foremost tourist attraction.

Next to Glover Garden is the Oura Tenshudo – or ‘Oura Church’. Also known as ‘The Basilica of the Twenty-Six Holy Martyrs of Japan’, the church was built in 1864, soon after the end of the Japanese government’s Seclusion Policy in 1853. Two French priests constructed the church in memory of 26 martyrs who were killed in the 16th century.

Ouo Shrine AKA Torii in the Sea – Saga

This is an underwater ‘floating’ torii gate which can be found in the Ariake Sea, in the Saga Prefecture. Situated beside the town of Tara-cho, it is a town famed as a place to witness the full power of the moon. A massive 6-metre tide difference has made this one of the prefecture’s most popular tourist destinations.

The Yutoku Inari Shrine is found in Kashima City, in the southern Saga Prefecture. It is considered one of Japan’s top three shrines dedicated to Inari – the Shinto spirit of sake, rice agriculture and industry. Founded in 1687, the atmospheric Yutoku Inari Shrine is built into the steep hillside of a valley, which will mean a 10 minute uphill climb for visiting rugby fans.

Among the hundreds of Tenmangu Shrines throughout Japan, Dazaifu is arguably the most important one. Tenmangu Shrines are dedicated to the spirit of Sugawara Michizane, a scholar and politician.  Located just 250 meters from Dazaifu Station, and the entire length of the approach is lined with shops that will cater to rugby fans eager to find the perfect souvenir from this remarkable reliquary.

Known as the ‘Venice of Fukuoka’ – the town of Yanagawa can be found just 50 minutes from Tenjin by train. Here you can relax and unwind with a River tour. The town is surrounded by a network of moats and it is here that small boats weave their way through along the river banks, stopping at points of interest and at local hostelries where rugby fans can enjoy the best local food and drink.

Under the experience course acceptance here! (with a coordinator companion)

A dedicated application page will be posted from August 5th.

Under the experience course acceptance here! (with a coordinator companion)

You can experience full of emotion, such as Hakata Japanese garden and the historic temples and shrines in Hakata had a role as a gateway to mainland exchanges.