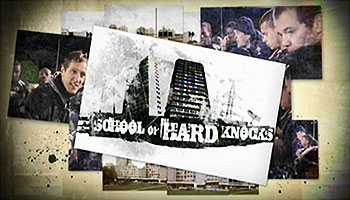 Here is the next episode of School of Hard Knocks, the show that has Will Greenwood and Scott Quinnell mentoring a group of youngsters in Tottenham, turning them into not only rugby players, but stronger individuals, better equipped to take on life.

In episode one of School of Hard Knocks we got to know a bit about the guys, their characters, and saw some of their backgrounds. In this next episode we get to see them put through their paces on the field, where some clearly take a bit longer to grasp the concept than others.

One of the highlights of the episode is when big Scott Quinnell gets in the zone and smashes a random defender in an attempt to get them fired up. Tensions boil over later on with a few of the guys, as the differences in background and personalities come to to the fore.

A visit from Olympic sprinter Darren Cambell helps to inspire the group, as well as teach them some new sprinting techniques, and a later visit from the Barbarians – in town to take on the Wallabies – also goes a long way towards inspiring and humbling the group.

View Episode 1 in the related posts below, and as always please share your thoughts on this episode with a comment below, and we’ll post the next two over the course of the next week or so.