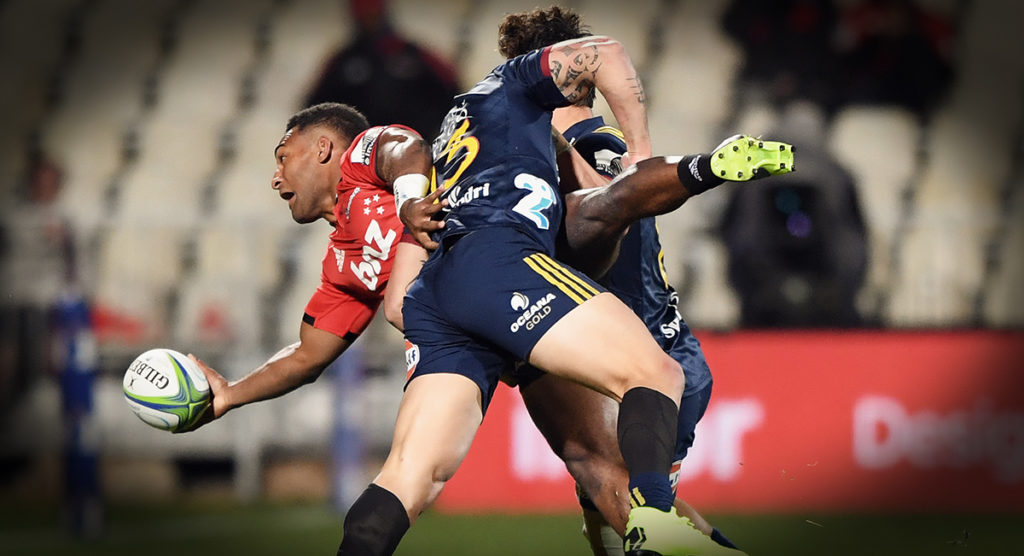 Reigning Super Rugby champions the Crusaders ran out comfortable 43-17 winners against the Highlanders on Friday and maintained their lead at the top of the table.

Despite the scores being close at half time, Scott Robertson’s team upped the tempo after the break and ran away with the game.

The Crusaders scored some great tries in the process but one try, in particular, showed why they are as dominant as they are currently, and that was Mitchell Drumond’s finish that was made to look so simple.

Have a look at the try here:

Sevu Reece, who was superb all game, showed quick thinking and great pace to make the break from the ruck, but it was his perfectly weighted offload to Drummond that was spectacular. The scrum-half was not even in shot when the winger played the pass, as it initially looked like it was going to noone.

This try required communication and teamwork, and epitomises what a well-oiled machine the Crusaders are. There may be flashier players and teams, but this was ruthlessly efficient and expertly executed and something that very few teams could replicate.

England midfielder Joe Marchant has celebrated his 24th birthday back in training with Harlequins following his recent loan stint at the Super Rugby Blues.

Despite weeks of training in Limerick, RG Snyman and co have yet to meet up with the whole Munster squad

Munster have their new signings training in Limerick, including Springbok RG Snyman, but pandemic safety measures mean they have yet to meet the full squad.