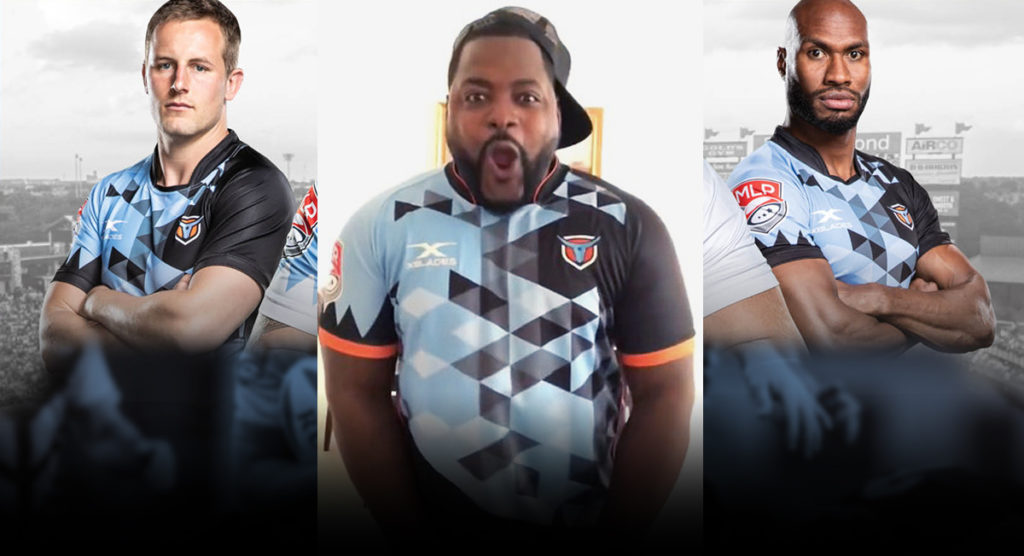 American comedian Josh Pray is quickly becoming the MLR’s biggest superfan. With the second season set to begin this weekend, his infectious enthusiasm and new-found love of rugby can remind us all of when we first fell in love with the sport.

Pray has already made a name for himself after recording a very funny video about his first experience playing rugby. He was instantly hooked. Now, MLR team Austin Elite have upped the ante by sending him an official jersey. Needless to say, it was a smart marketing move.

Pray hilariously goes on for over three minutes about his life-changing gift, even joking that he has the perfect physique for the sport and the jersey has become “part of my skin now.” After imploring teams around the world to give him a shot, he then breaks into his own self-styled haka.

The New England Free Jacks will be added next season, along with teams based in Atlanta and Washington DC.

Obviously, with numerous expansion teams already popping up, the MLR has enjoyed some success. Former Sale Sharks and current Utah Warriors forwards coach Stevie Scott admits: “I thought, yeah, different experience, different opportunity. What really has impressed me is the attitude of the players – they’re desperate to get better, very coachable.”

One notable name to watch out for this season is former England international and Northampton Saint Ben Foden. Foden will probably be the most recognizable name for those outside the US as he joins Rugby United New York.

Defending champions Seattle Seawolves then kick off their season on Sunday against Glendale Raptors. They won’t have it easy as several USA Eagles will lace up for Glendale, including Hanco Germishuys, Will Magie and Shaun Davies.

Austin Elite will start their season away at Houston Sabercats. If there’s one man we know who will be watching, it’s their new number one fan, Josh Pray.