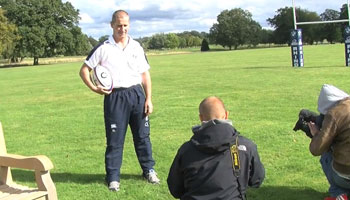 Injuries and form have amounted to something of a selection headache for England head coach Stuart Lancaster ahead of this autumn’s international series.

Though there are plenty of Aviva Premiership fixtures to come before Lancaster names his 23-man squad for the Fiji encounter, already it is clear he has plenty of decisions to make.

Full-back Ben Foden has been ruled out until after Christmas with an ankle injury, while flanker Tom Croft is yet to return from his long-term neck problem.

In the pivotal fly-half position, Owen Farrell has had his own injuries and is now suffering from indifferent form, while Toby Flood still hasn’t cemented his place as Jonny Wilkinson’s long-term successor.

Lancaster is looking forward to the tough challenge England face on home soil, but he admits to having something of a selection headache.

“I think every coach has got the same whether it be club or country, rugby, football, cricket, you name it, we have all got those decisions to make,” said Lancaster.

“The reality is we won’t play the same side during all four of the autumn internationals.

“A 23-man squad we will pick for the first one and I’m sure that will change throughout, so we need a strong squad, we need some depth, and when it gets closer to the time we will decide on what our squad is. We have got four massive games, all at Twickenham, and each in its own right is a great test for the players, and for me personally as a coach.

“We spend a lot of time as international coaches in between events so it’s nice for the events to come around and get going.”