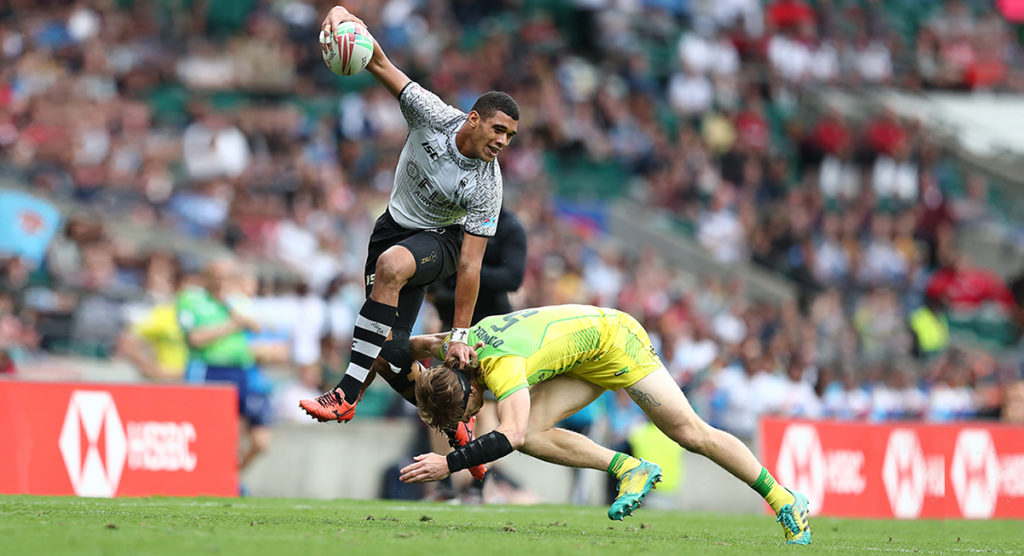 For the second year in a row, Fiji were crowned champions of the HSBC London 7s. This coming on the back of a dominating 43-7 victory over Australia. The victory also sees them move two points ahead of the USA for the top spot overall.

Australia found their way into the finals on the last day after an early thrilling encounter with South Africa, scoring five tries to the Blitzbokke’s four. A further victory over France punched their ticket with Fiji, who themselves had to go through rival USA in a tight semi-final match.

Fiji Head Coach Gareth Baber said: “Obviously we found it tough in the first four or five minutes when Australia put something in – we knew they’re a good side and a tough side to play against – so we knew that we needed to get some scores on the board, and we did it with some style.”

Fiji move into the top spot with 164 points – two ahead of the USA. New Zealand are in third with 143, and South Africa fourth with 131. After London, all four have effectively qualified for the Tokyo Olympics in 2020. South Africa, in fourth position, simply have to take to the field at the Paris Sevens next week to confirm their qualification.

Up close with the emotional victors:

It was March 7, the day Wales lost to England in the Six Nations, that the ex-Test midfielder tragically passed away at the age of 41 from a rare form of pelvic cancer.