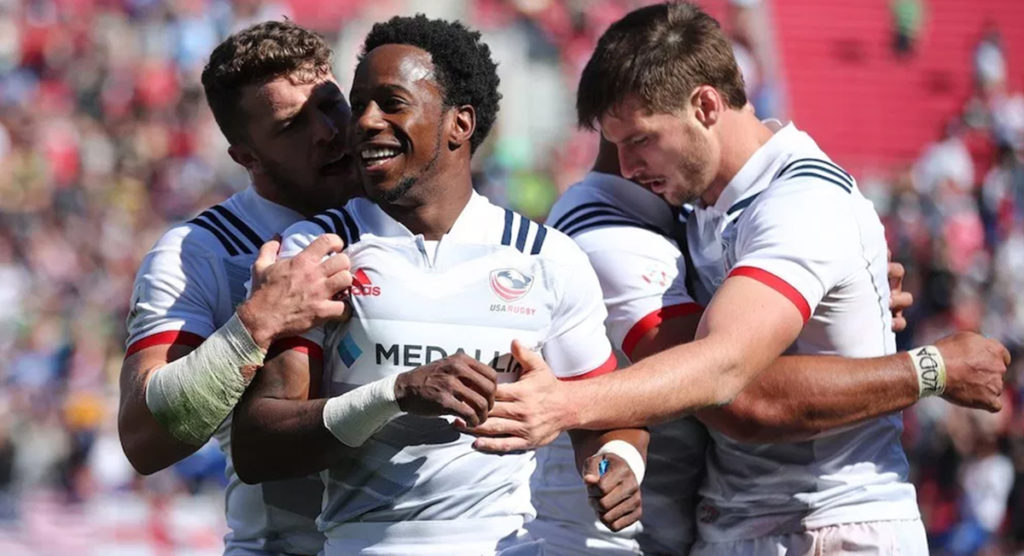 Team USA defended its Las Vegas 7s title on Sunday afternoon, shutting Samoa out 27-0 in front of a raucous home crowd. They have now reached the podium in the last five tournaments and are once again top of the World Rugby Sevens Series table.

The USA reached the finals after nearly being bounced from their own tournament by New Zealand. Things turned around, however, after speedster Carlin Isles scored a hat trick to help team USA complete the come-from-behind victory.

Samoa took care of Argentina to secure their place in the final. However, they had no answer for the hosts and never really found their footing in front of the wild Vegas crowd.

Both Ben Pinkleman and captain Madison Hughes were instrumental in the win, scoring three tries between them. Hughes’s early second-half try pushed things beyond contention and Marceo Brown’s late try clinched the top spot for the second year in a row.

Hughes said: “If we were going to win any of (the finals), the one at home was the one we wanted… It feels so good… I’m just so proud. The first day didn’t quite go the way we wanted it to but in the quarterfinal, semifinal and final there was just such good buy-in from the lads.”

The United States now leads the World Series standings with 98 points, five points in front of second-place New Zealand. One of the more impressive facts from the win is that team USA was done without current Sevens player of year, Perry Baker.