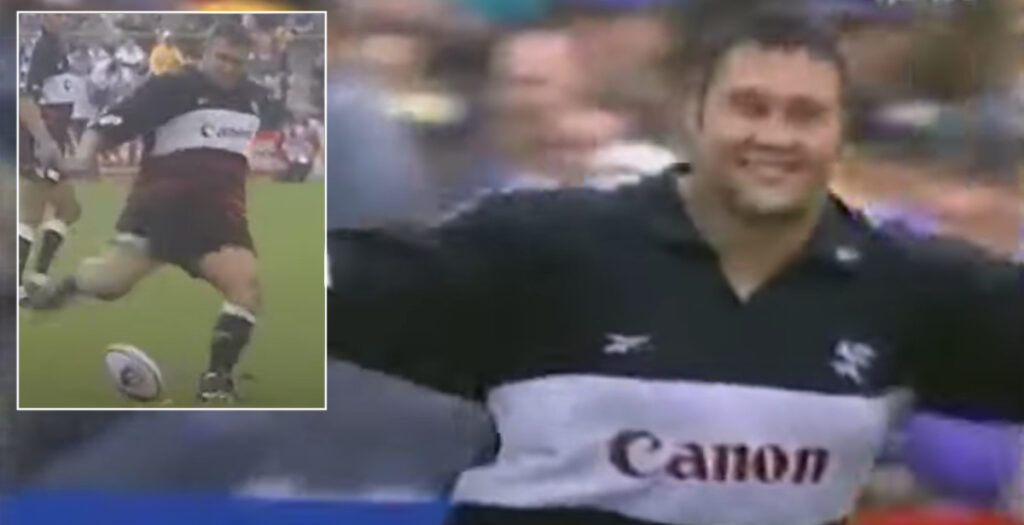 Former Springboks prop Ollie le Roux shocked Hurricanes fans during a Super 12 match in Wellington in 1998 by nailing a difficult conversion and then laughing.

The 130kg Sharks front-rower was not supposed to take the kick but his fly half teammate Henry Honiball was down injured, so le Roux stepped up.

Aside from weighing more than 20 stone, the windy conditions in Wellington made the kick even more difficult than it already was for the big man. Then as le Roux made his approach the ball almost fell off the tee, but this didn’t stop it sailing through the posts.

“We’d just scored a try in the howling wind,” said le Roux. “I went to congratulate Pieter Muller and picked up the ball. Lem (Henry Honiball) had hurt his shoulder and all the guys had run back over the halfway line.

“I screamed out asking who would take the conversion, then the ref said: ‘You’re wasting time, take the kick’. Jouba (André Joubert) ran over and told me that because I’d already placed the ball, I had to kick it. As I did so the wind blew. It looked like a frisbee, going one way and then the other, as it went over.”