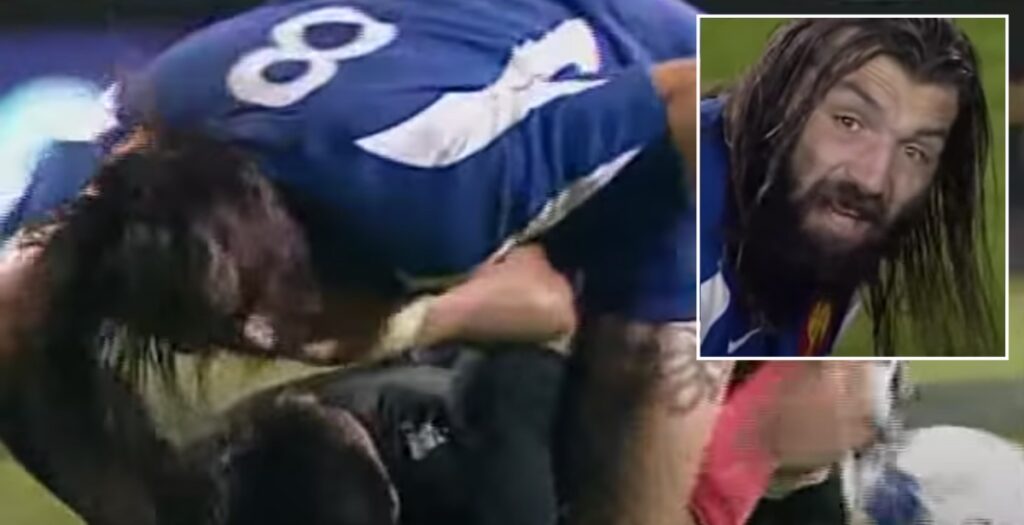 Back in 2007 France played a two-match series against the All Blacks in New Zealand ahead of their home World Cup later that year.

The tourists were labelled ‘France C’ by the New Zealand media in the opening match at Eden Park when France fielded 11 uncapped players due to an overlap of fixtures with the Top 14.

The All Blacks smashed them 42-11 but one of the few senior players was number eight Sébastien Chabal, who despite having a torrid time with his handling skills, demonstrated the influence of brut force.

The 29-year-old lost the ball in contact twice early on but responded by smashing his opposite number Chris Masoe and lock Ali Williams.

That same year Les Bleus caused a huge upset at their own World Cup by knocking the All Blacks out of the competition at the quarter-finals before losing to England in the next round.

Chabal, now 42, earned 62 caps for France over an 11 year period and made more that 100 appearances for Sale Sharks.