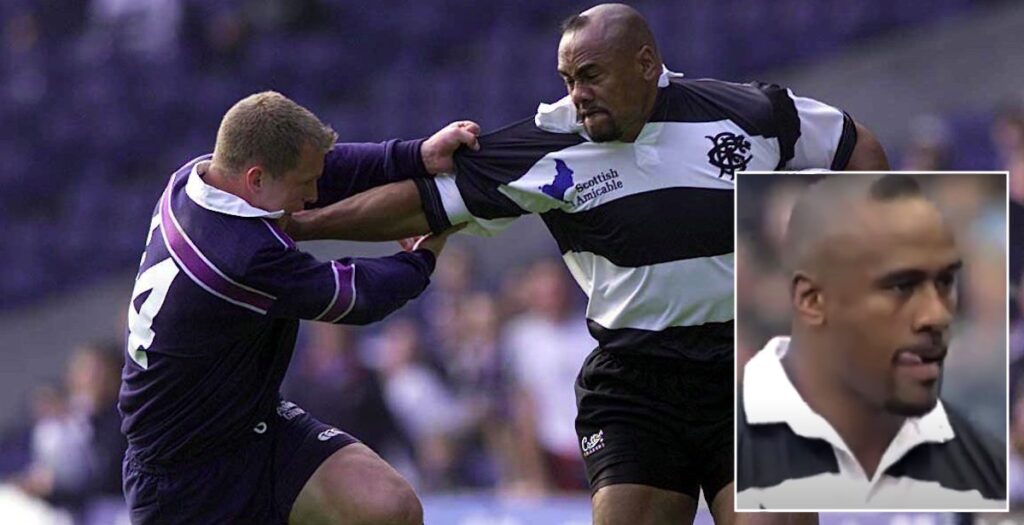 In 2001 Jonah Lomu produced one of the most devastating and dominant performances you’re ever likely to see in international rugby.

At the age of 25 Lomu totally outplayed Cammie Murray and Chris Paterson with his raw pace and power to score four tries for the Barbarians in front of 30,000 spectators at Murrayfield.

The legend scored all four in the first half and he gifted two tries away to Richard Cockerill and Joost van Der Westhuizen meaning the monstrous winger essentially scored a double hat trick in Edinburgh.

Lomu was substituted after 60 minutes to a standing ovation by the home supporters and the Baa-Baas went on to win the game 31-74.