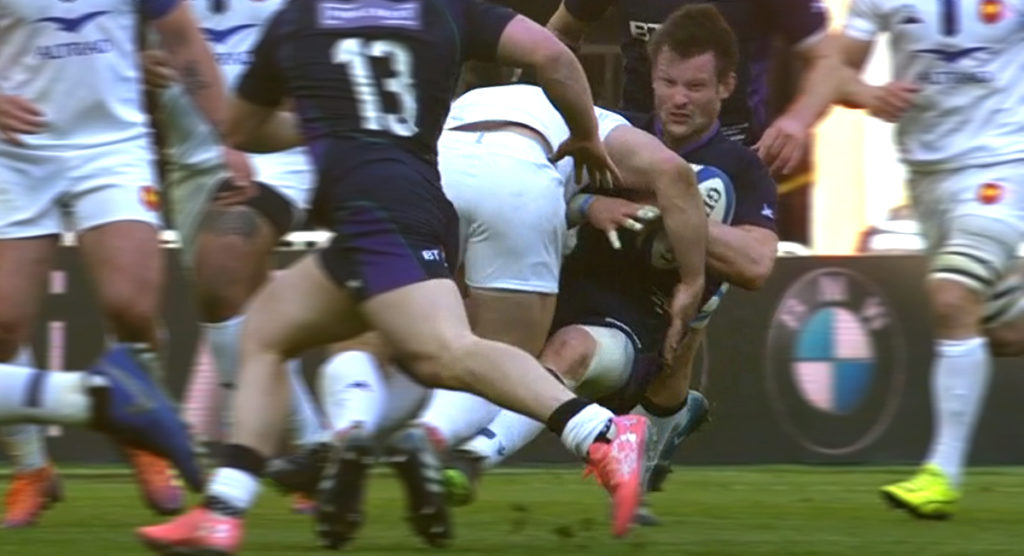 France skipper Guilhem Guirado made this almighty tackle on Scotland’s Peter Horn when the two teams met in the Six Nations in Paris in February. The hosts won the match 27-10, after they had introduced some youngsters to their starting line up.

Hooker Guirado read the play beautifully as Scotland’s Grant Gilchrist pulled the pass back to Horn, who unfortunately was a sitting duck as he was lined up and demolished in a seismic tackle.

While there wasn’t a whole lot made of it at the time, this short edit shows just how brutal the hit was, arguably one of the best and biggest tackles of the Championship.

WATCH: Lawes ups the ante as he flies into midfield tank Bastareaud

Guirado will leave Toulon after this season, moving across to Top 14 rivals Montpellier.

“I have met a great deal of people in rugby and Guirado is one of those really, really good people. A wonderful player and a wonderful human being, a great guy,” said Toulon president Mourad Boudjellal.