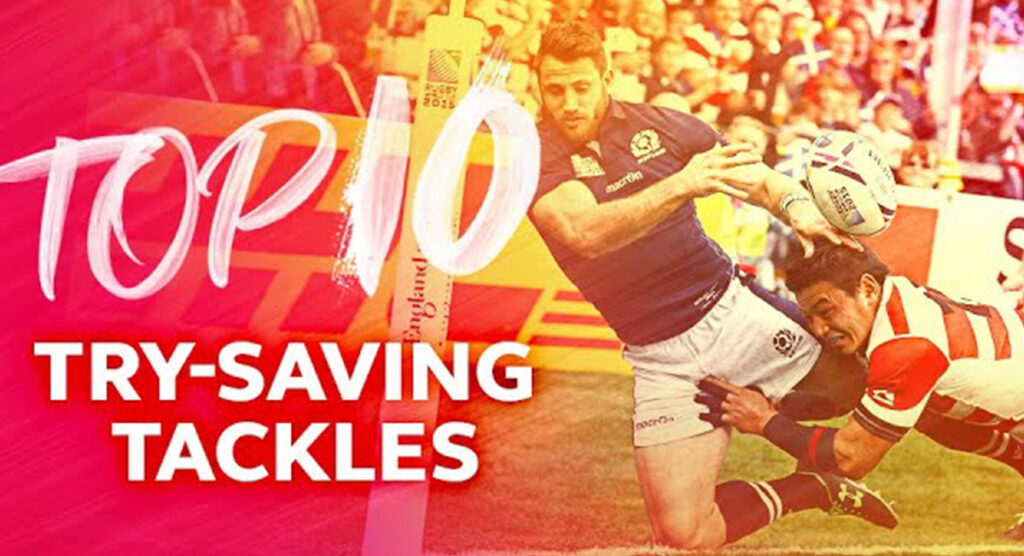 Rugby World Cup 2015 gave us many great memories. Hosts England didn’t make it out of the pool stages, Japan famously defeated South Africa, and the All Blacks were crowned back-to-back champions. Today, we look back on the tournament’s best moments of individual defence with these try-saving tackles.

The countdown of last-ditch efforts ranges from Australia’s Bernard Foley, Scotland’s Stuart Hogg and Japan’s Kotaro Matsushima. There were plenty of big names on the receiving end as well, like George North and Ma’a Nonu.

France’s Brice Dulin made the list twice in their 62-13 loss to New Zealand, bringing both Nonu and Ben Smith down short of the line.

Not all great tackles must be huge, rib-breaking affairs. Many times, all that’s required is dragging a foot into touch or standing firm to be little more than a speed bump.

Here are 10 great tackles from RWC 2015 by those willing to put their bodies on the line to stop an opponent from scoring. Which one would you put as number one?