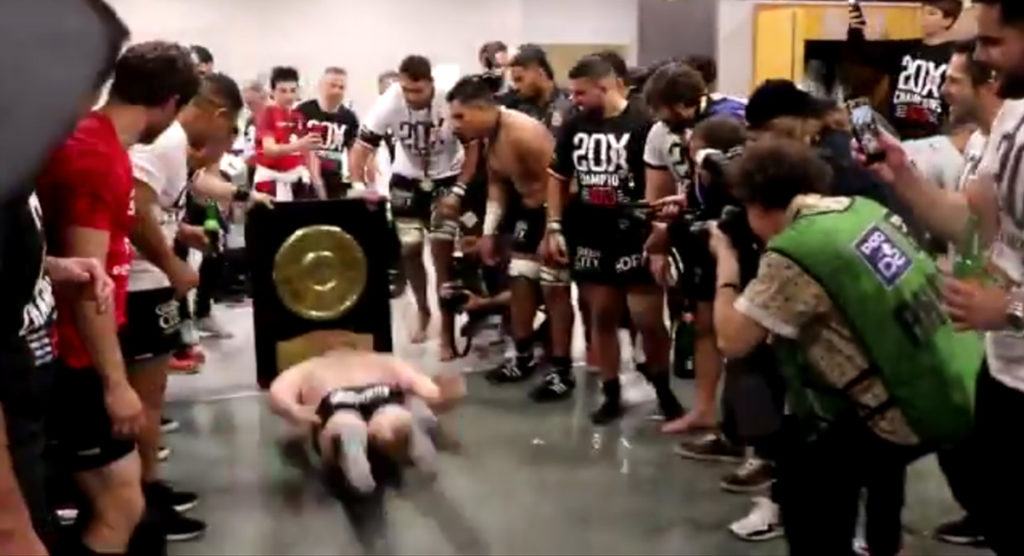 After Toulouse secured their 20th French title in Paris against Clermont Auvergne on Saturday, the celebrations got a little messy in the changeroom after.

Ugo Mola’s team won 24-18 at the Stade de France, suffocating Clermont from playing at all to lift the Brennus Shield for the first time since 2012.

While the team managed to remain relatively reposed on the pitch, there has been a strange glimpse into their celebrations behind closed doors.

This saw what looks like a shirtless number eight Gillian Galan (who did not play) slide headfirst along the floor and clatter into the shield.