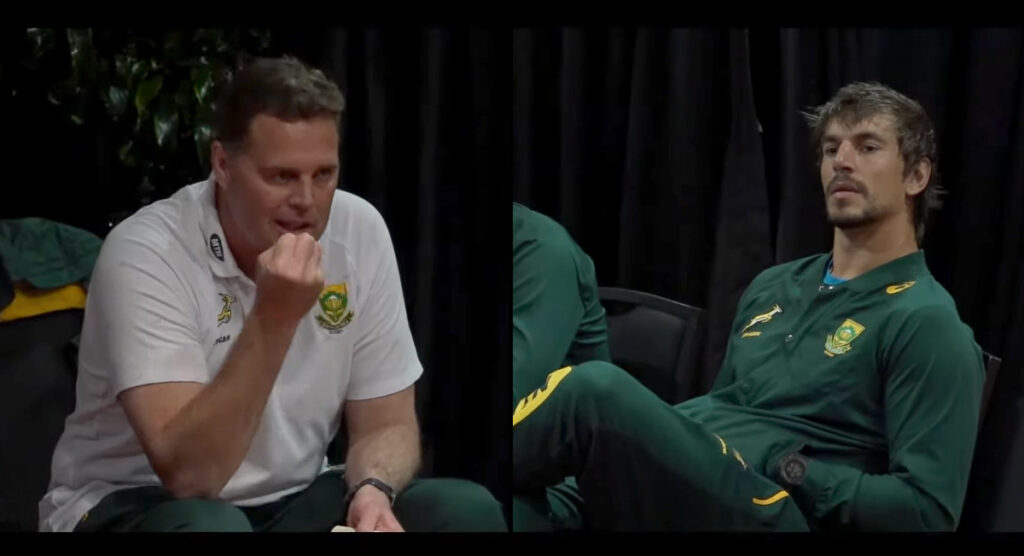 In the digital age, we’re becoming ever increasingly spoiled with coverage from all aspects of the sports we love, and rugby is no different as unions and broadcasters are finally in the mindset to create and share the kind of content we’ve always dreamed of seeing. Supersport are at the forefront of this in South Africa.

South Africa’s premier sports provider played a large part in South Africa’s success in recent years, partnering with the Springboks and making a number of behind the scenes changes possible.

In the lead up to the 2019 Rugby World Cup, that the Springboks famously won in Japan, the TV channel were granted full access to what goes on in camp.

The footage has resulted in a stunning new four-part documentary series called Chasing the Sun, which aired two weeks ago on DSTV in South Africa.

The documentary tracks the path the Springboks took, from the good times to the bad, and will obviously culminate in them lifting the Webb Ellis trophy for the third time.

In this exclusive uncut clip that was surplus to the documentary, we get to go inside the Springboks changeroom ahead of their 2019 Rugby Championship match against the All Blacks in Wellington, as genius coach Rassie Erasmus speaks to the players ahead of the much-anticipated contest.

While it’s raw, it makes for fascinating viewing and gives fans brilliant insight into how things truly take place in a professional environment, before a massive game.

Highlights from the 2019 Test in Wellington