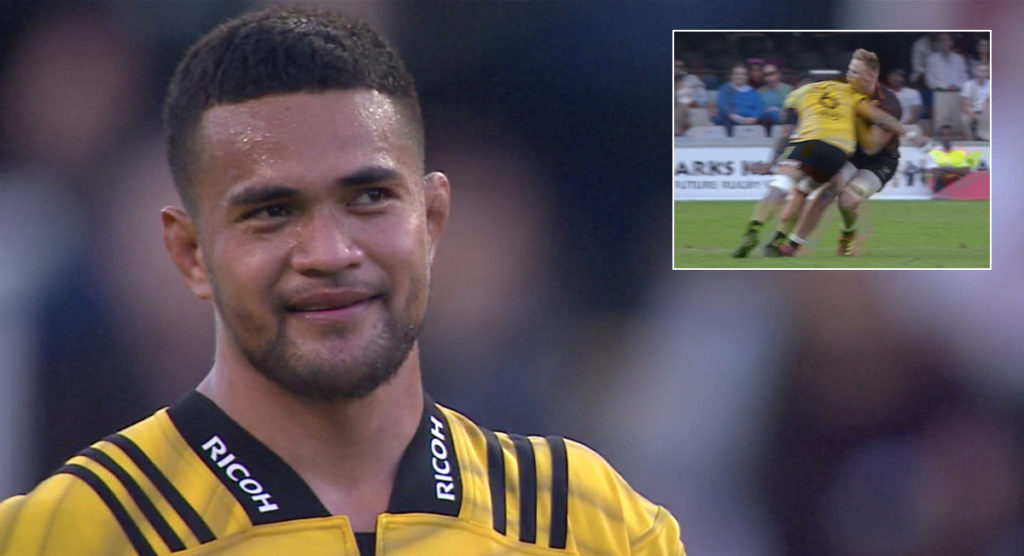 Hurricanes forward Vaea Fifita’s sending off has been upheld after a disciplinary hearing ruled that he had indeed contravened law Law: 9.13, for dangerous tackling, against the Sharks in Super Rugby on Saturday.

The Hurricanes came away from Durban with a 30-17 win but lost Fifita to a red card with just six minutes left in the game.

His tackle on Dan Du Preez was deemed worthy of a red card as it was with force and at the throat area (high). A SANZAAR Judicial Committee Hearing backed up the referee decision and has now suspended him for three weeks.

“I questioned that it had force (the tackle). For me it looked like a swinging arm. He didn’t quite get the height right in the tackle, but I certainly questioned the force. That’s what the discussions were about,” Plumtree said.

“Another referee would’ve yellow carded that. That’s just the consistency that everyone is after. But again Nic made the call and we have to live with it.”

In her finding, the Judicial Committee Chairperson Helen Morgan ruled the following: