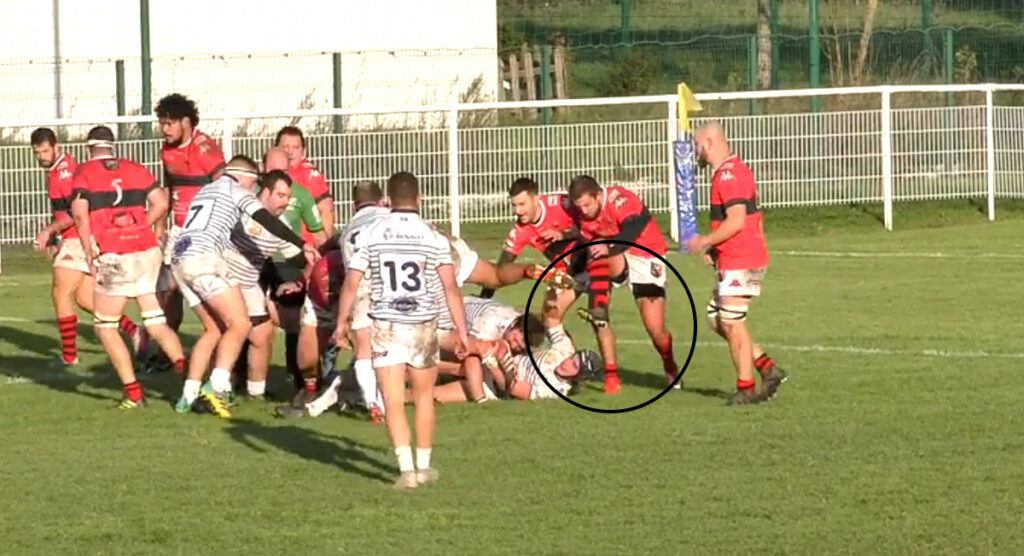 The match was between CJF Saint Malo and Trignac (red), and as can be seen in this shocking footage, the Trignac number ten inexplicably joins the ruck and stamps down on the Saint Malo flankers head.

The flanker received 15 stitches but it could have been far worse if he did not have a scrum cap on.

And yes, the referee missed it, and actually awarded the offending team a penalty.

The club on the receiving end of the incident has posted the video online and tried to get the officials to take a sterner view, sending it on to the French Rugby Federation.

As of now, the only punishment that appears to have been handed down is an internal suspension from Trignac, banning him until 2020 and ordering him to undergo a referee training course.

CJF Saint Malo have stated that their reasons for sharing the footage is not to create further hatred towards that specific player, but rather to make sure that these type of acts get appropriately dealt with by the powers that be. As of yet, it seems that there is no news on that front.