Wales punish Watson before he even reaches the sin bin 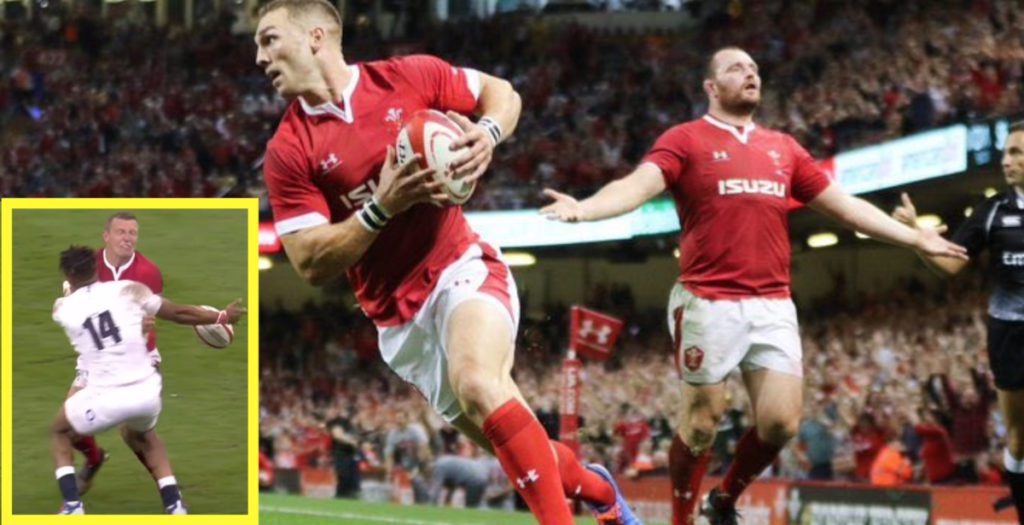 Wales beat England 13-6 at the Principality Stadium on Saturday to put their World Cup preparations back on track.

This win has not only cancelled out England’s 33-19 win at Twickenham last weekend, but handed Wales top spot on the World Rugby rankings list.

There was only one try in the physical encounter in Cardiff but this yellow card for England winger Anthony Watson was one of the biggest talking points:

Watson rushed up in defence to tackle Hadleigh Parks but was given a sin bin for a deliberate knock on in the 31st minute.

But before Watson had even exited the field Wales had taken a quick penalty, leading to a break down the right wing. Wales fly halt Dan Biggar then made full use of a high tackle advantage to deliver a perfectly executed cross-field kick for George North to score in the space left vacant by Watson.