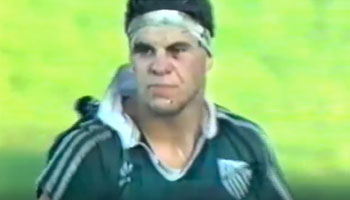 Wallabies coach Michael Cheika has a fascinating back story, one that includes making millions in the fashion industry, speaking multiple languages and first arriving in Australia with his Lebanese migrant parents. He also played against the All Blacks in 1988.

The now former coach of Leinster and Stade Francais was just 21 at the time. He played at number eight but had a fairly rough afternoon, as Randwick went down 25-6.

However according to Alan Gaffney, he should probably have achieved higher honours.